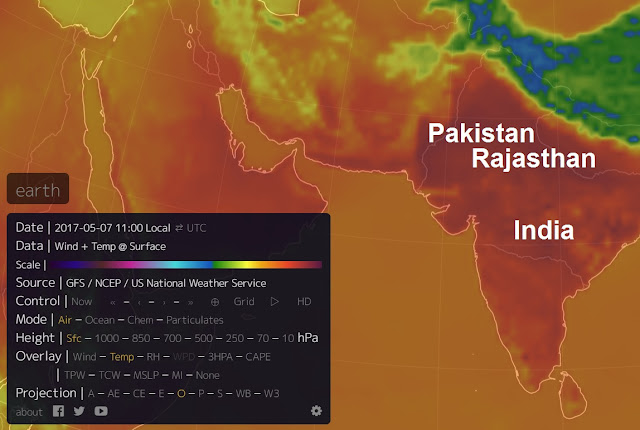 Heatwaves have once again gripped parts of Rajasthan, with maximum temperatures settling above 45°C at several parts.
In fact, Churu recorded day maximum at 46.1°C on Saturday and was also the hottest city in the country.
Day maximums have been settling several notches above the normal average to the tune of 4-5 degrees.
The state capital of Jaipur also saw mercury reaching 43°C, again three degrees above normal that made the weather extremely hot.
According to Skymet Weather, hot and dry northwesterly winds have been blowing from the neighbouring state of Pakistan, which is already reeling under exceptionally high day temperatures. These winds have led to significant rise in the mercury across Rajasthan as well as over the rest parts of northwestern plains.
Further, weathermen do not predict any relief at least during the next 48 hours.
Till then, we can expect heatwave to severe heatwave to prevail as temperatures are likely to further increase marginally.
Thereafter by May 9, a fresh Western Disturbance over Jammu and Kashmir will induce a cyclonic circulation or a trough over the plains.
This may lead to some pre-Monsoon activities in terms of scattered rains, thundershowers, thunderstorm or dust storm.
These activities will be instrumental in bringing down the mercury gradually.

Last year thousands died from the heat in India and Pakistan.