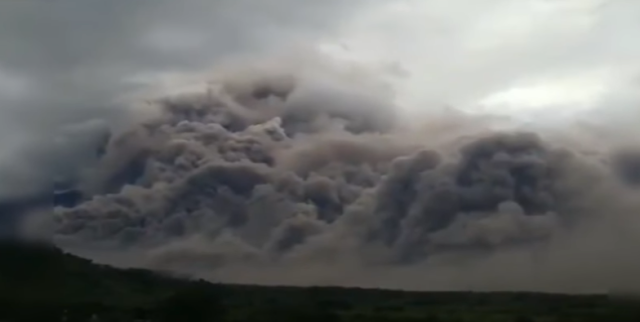 In Guatemala, the state of emergency declared in the vicinity of the Fire Volcano.
The Volcán de Fuego came this week for the fourth time this year to burst and thrust a two kilometer high ash cloud from.
From the 3763 meter high volcano are two lava flows threaten down the nearby villages.
330 people had to be evacuated and had to be closed ten schools.
There are believed to be no casualties.
The inhabitants of the villages can attend not yet returned to their homes.
Due to heavy rains the danger of avalanches and landslides,
Insisvumeh reports, the organization that monitors earthquakes and volcanic eruptions.
The Fire Volcano, fifty kilometers southwest of the capital Guatemala City is located, is known as the most active in the Americas.