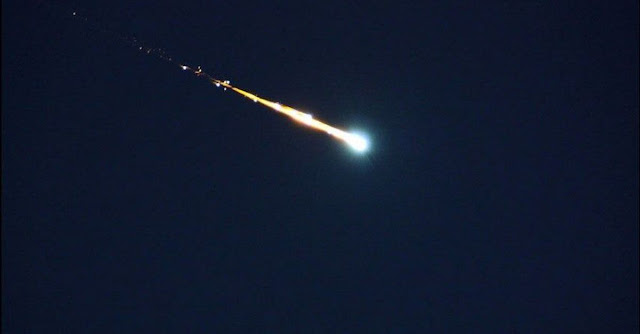 Stock photo
There have been multiple reports of a meteorite and houses shaking in southern Queensland. Residents from the Sunshine Coast down to the Gold Coast reported seeing a large, bright object fall from the sky at about 6pm Sunday.
Shortly after that social media lit up with reports of a "big bang" being heard in Killarney.
Footage taken from Runaway Bay on the Gold Coast shows the bright object heading towards the Great Dividing Range before disappearing. Motorists on the Sunshine Coast also reported seeing the object from the Bruce Highway near Caboolture.
But it was reports of a house-shaking thud in Killarney that really got social media buzzing.
Brigitte Jones said, "I felt it out here, the house shook." Madeline Wilkins posted "I'm in Toowoomba and saw a burning light in the sky maybe a meteorite, heading that direction just before I saw this post ... Maybe related?"
Killarney resident Krissy Bloomfield said, "On Brosnan Rd kids saw what we thought shooting star just before the bang."
Some residents reported thinking the noise was thunder or fireworks.
Louise Reed from the Queen Mary Falls Caravan Park posted, "We heard it up here too.
It looked like a shooting star right before it and then bang."
And this from Krystal N Lillee Cook: "We heard it in oak street ... was really loud like a big crack of thunder."