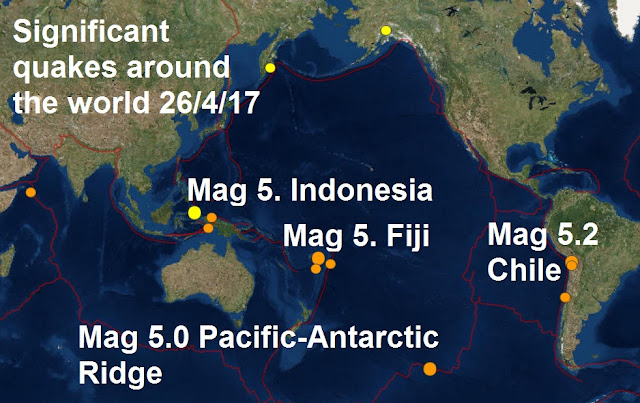 USGS
Yesterday 15 earthquakes of mag 4 or higher were recorded around the world with the biggest being a mag 5.2 off the coast of Chile.
Chile has been the center of a large cluster of quakes over recent days with nearly 60 quakes of mag 3.5 or higher with the highest being the mag 7.1 which was downgraded to a mag 6,9 on Tuesday, the cluster however appears to have calmed down since yesterday, see below. 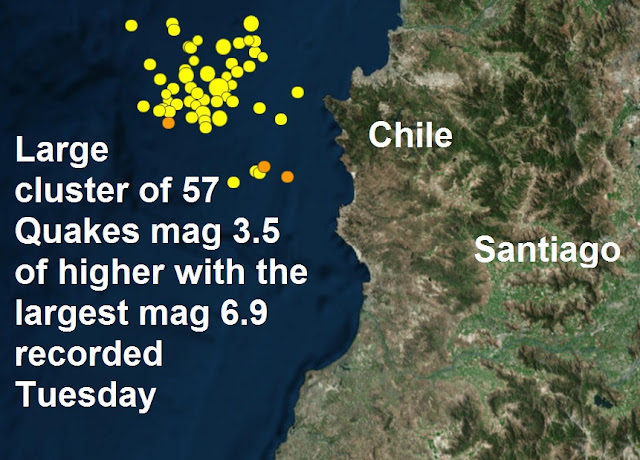 The large Coronal hole on the Sun which is the main earthquake factor is now turning away from facing Earth, as a result, the chance of polar geomagnetic storms is subsiding from 35% today to no more than 10% by the weekend according to Spaceweather.com.
Solar wind speeds will soon return to background levels, see below. 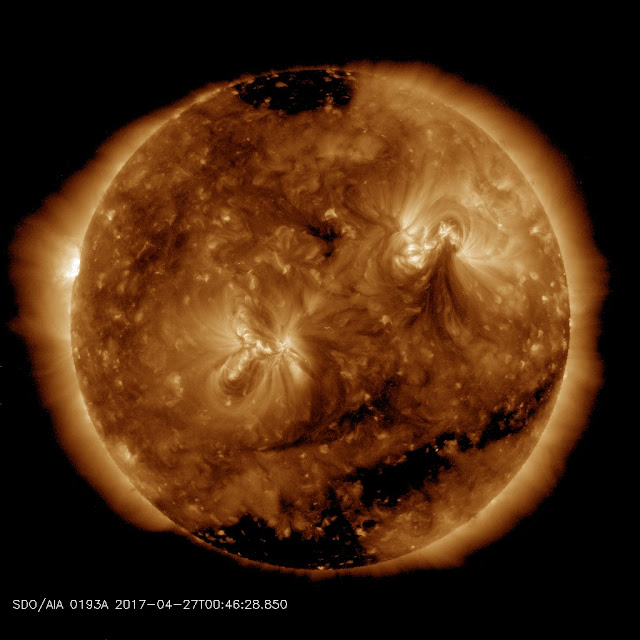 Photo SDO
Where have all the major quakes gone?
We are into the second half of April yet this year’s total so far is extraordinarily low, 2017 has recorded only 24 quakes of magnitude 6 or higher, this total is the lowest this century by a country mile at this stage of the year, see map below. 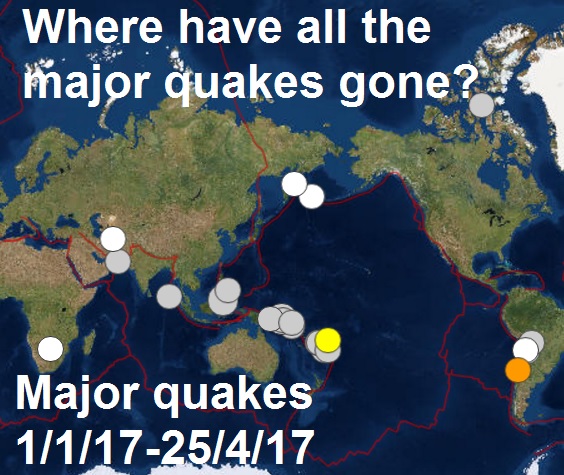 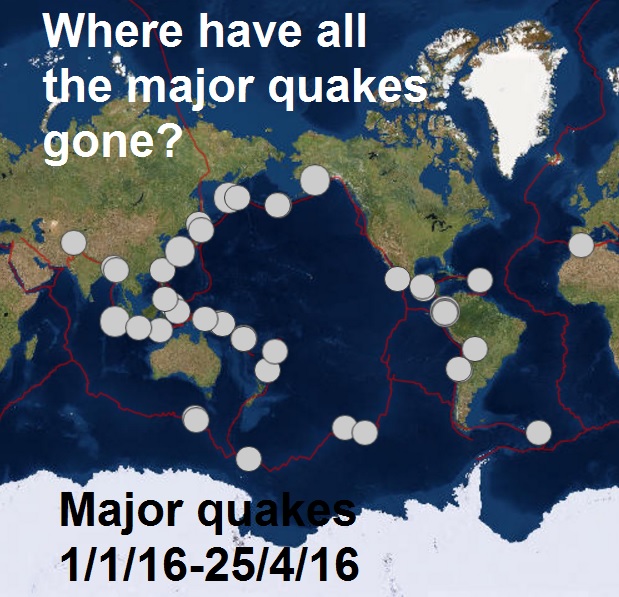