A very rare major quake! A magnitude 6.2 - 67km ESE of San Pedro de Atacama, Chile is only the third major quake of April 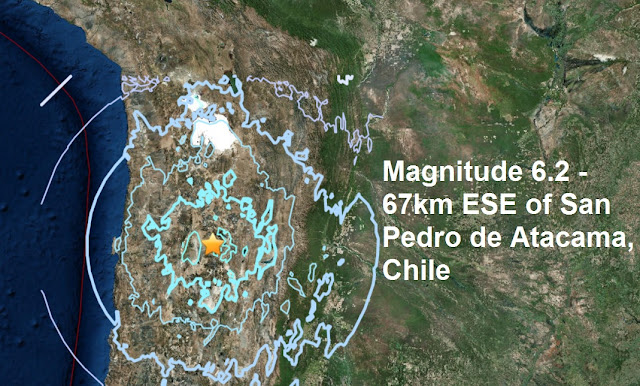 A magnitude 6.2 - 67km ESE of San Pedro de Atacama, Chile is only the third major quake of April. The quake was measured at 135km deep.

Todays quake is the 22nd major quake of 2017 which is incredibly low.

Where have all the major quakes gone?

We are into the second half of April yet this year’s total so far is extraordinarily low, 2017 has recorded only 22 quakes of magnitude 6 or higher, this total is the lowest this century by a country mile at this stage of the year.
These statistics are wonderful news for USGS who have claimed major quakes are not on the increase, however this year’s total so far is astonishingly low, at the moment 2017 is yielding 6 major quakes per month which would give us a grand total of 72 for the year, we have to go back 50 years to the 1960’s when so few major quakes were recorded but it’s early days. 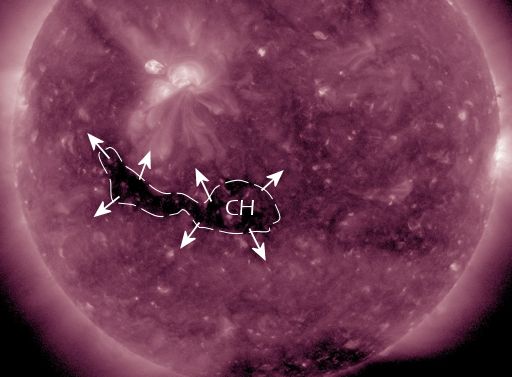 Spaceweather.com reports: A high-speed stream of solar wind is approaching Earth. NOAA forecasters estimate a 15% chance of polar geomagnetic storms when the stream arrives on April 16th increasing to 55% on April 17th as it fully envelops our planet's magnetic field. As I write this post we have had 97 quakes today, 937th this week and and 2,938th this month. Stats from my Earthquake alert app!