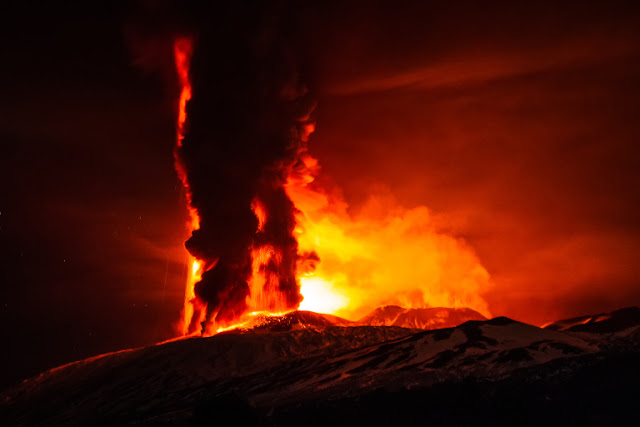 Photo Strangesounds.org
A BBC team and a number of tourists have suffered minor injuries after being caught up in an incident on the erupting volcano Mount Etna in Sicily.
"Many injured - some head injuries, burns, cuts and bruises," tweeted BBC science reporter Rebecca Morelle.
Lava flow mixed with steam had caused a huge explosion, which pelted the group with boiling rocks and steam, she said.
About eight people had been injured, with some evacuated from the mountain by rescue teams, she added.
The Catania operation centre of Italy's volcanology institute confirmed that three of its volcanologists had been on the mountain when the explosion took place, and said some had suffered injuries, but gave no detail.
Mount Etna, which is Europe's tallest active volcano, spewed lava up into the sky in the early hours of Thursday morning, for the third time in three weeks.