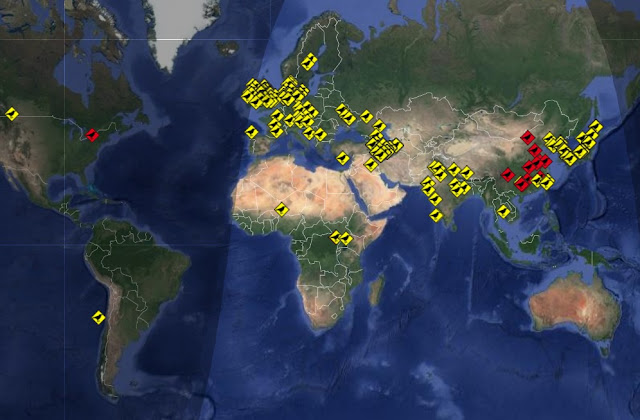 Click on RSOE Alert map to enlarge, red squares indicate humans infected or dead
Lithuania has reported an outbreak of the highly contagious H5N8 bird flu virus in the central part of the country, the World Organisation for Animal Health (OIE) said on Monday, citing a report from Lithuania's veterinary services.
The virus was detected in six mute swans found dead in the city of Kaunas, near the river Nemunas, they said in a report posted on the OIE website.
The H5N8 strain, which is deadly for poultry but has not been found in humans, has spread across Europe, the Middle East and Africa since late last year, leading to the slaughter of millions of birds and the confinement of flocks indoors.