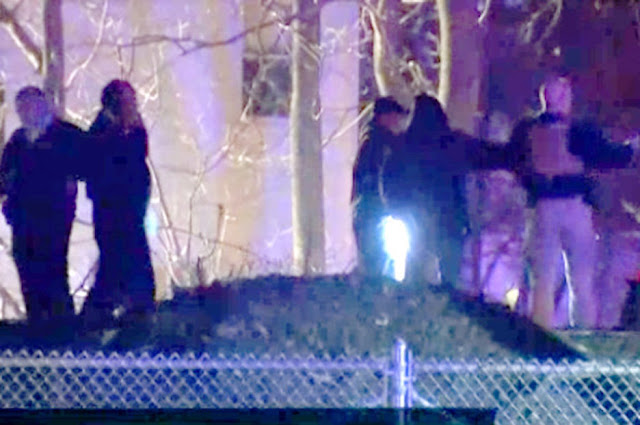 State police are investigating how at least two devices were placed near the train tracks in Concord Wedneday, prompting a bomb squad response and major delays on the Commuter Rail.
According to police, they initially responded for a brush fire, but learned there was more to it than that when they arrived.
Transit Police Superintendent Richard Sullivan said what the devices contained and how they ended up next to the tracks is part of the investigation, but the intent is clear.
"There is a connection between the devices and the brush fires," he said.
“There was some type of device that was used to ignite the fire.
Further investigation revealed another device along the tracks,” Concord Police Chief Joseph O’Connor said.
The bomb squad had been called after "multiple" suspicious devices were found next to railway tracks in Concord, Massachusetts, in the US.
Police have described one of the packages - reportedly found next to railway tracks - as "suspicious bottles".
Sources at the scene suggest the bottles were filled with household chemicals.
The area is being sealed off as cops fear it could be a "dirty bomb".
Someone put bottles filled with chemicals on the tracks with the hope of causing a chemical explosion, sources suggest.
At least one device has been detonated by police, according to local media.
A bomb disposal robot is reportedly working on a second device.
The suspicious devices were first found by firefighters who were called to a "brush fire" near the tracks, local media is reporting.
The crews found a series of bottles beside the railway line. They called the find in and train services were halted.
Several of the suspicious packages have been found on the tracks.
Police have taped off the area and the public are being kept away.
A massive emergency operation has been launched, with local, state and transport police, as well as firefighters.
Officers are reportedly on the scene gathering evidence.
One train was stopped on the Fitchburg Line near Lincoln Station.
At least one other service was cancelled - and others were delayed up to two hours. A limited service has now resumed.