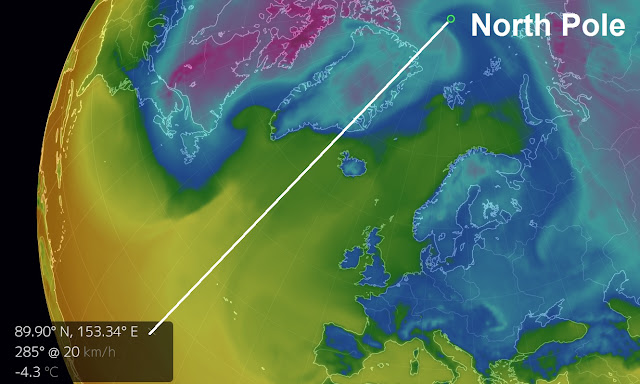 Photo Earthwindmap
The North Pole will later this week enjoy temperatures of 21C (70F) above its historic average.
It should be witnessing temperatures of around -25C to -50C (-13F -58F) however at a temperature of around -4C (+24.8) later in the week The North Pole will be once again warmer than many parts of the Mediterranean
Another incredible scenario is developing this week in the The North Pole, which has not witnessed the Sun over its horizon for the last three months but will be warmer than many parts of Mediterranean countries, Spain France, Italy and Greece. 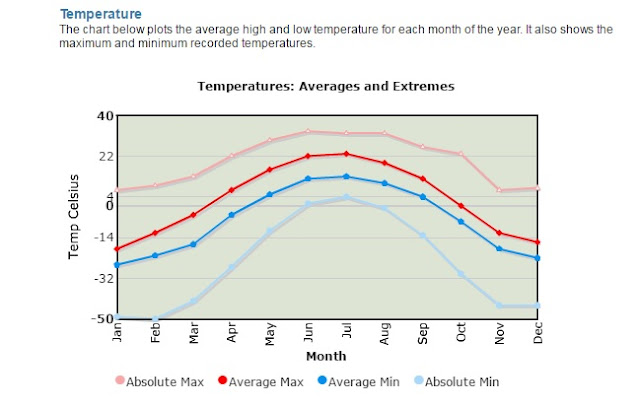 North Pole Average Temps Graph Myweather2
After a week of massive Atlantic cyclones battering the UK and Western Europe through the past 7 days the cold is returning to Europe with a cruel Eastern Wind.
High pressure centered to the east of the U.K. will funnel much colder air across the country from east to west.
“This polar air mass will lead to dull, dreary and cold conditions for eastern England with some wintry showers,” said AccuWeather Meteorologist Tyler Roys.


This weather pattern will shield the U.K. from any significant Atlantic storms through at least the middle of next week.
An amazing video or active Atlantic cyclones through the past 7 days, notice several deep storm systems landfalling in western Europe. Thank you for sharing this great animation, Guido! Source: EUMETSAT Guido Cioni