Strongest storm in years taking aim at Southern California: More than two months rain to be dumped in a couple of hours in some places 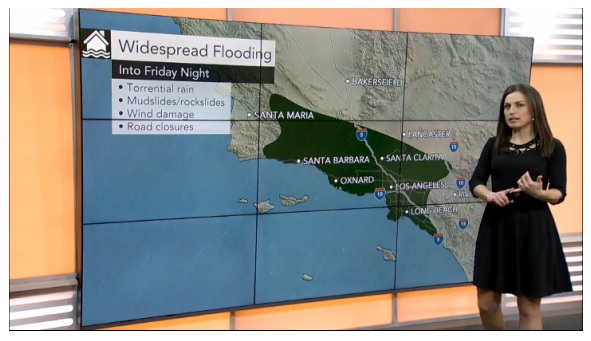 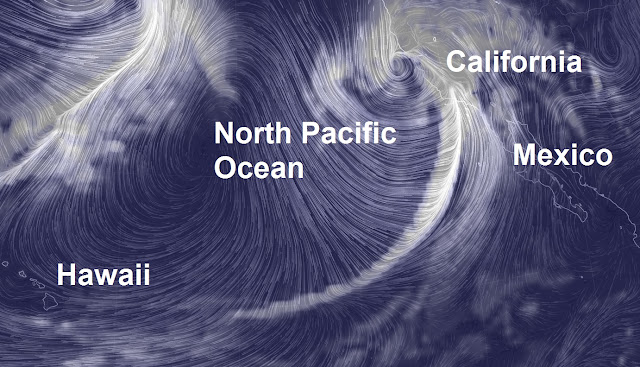 Earthwindmap
Much of that rainfall is expected to fall within a short time Friday afternoon and evening, with rain potentially falling at a rate of more than an inch an hour, forecasters said.
The storm, which combines an unusually intense low pressure area with a fire hose of moisture whose hose stretches back for more than 2,000 miles, way out to near Hawaii, will rage throughout the day on Friday and into Saturday in one of the most populated and storm-averse areas of the country.


At its peak, winds are likely to gust greater than 50 miles per hour in the Los Angeles and San Diego metro areas, which will cause extensive air travel delays and down trees and power lines. Some areas could see winds approach or exceed 100 miles per hour, particularly in the higher elevations of San Diego County.