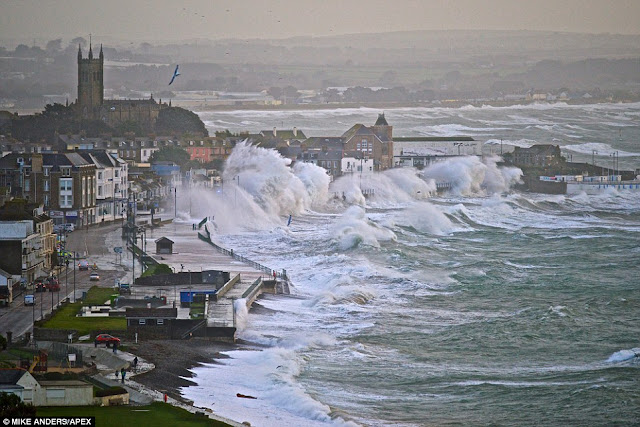 Photo Daily Mail
Storm Doris has arrived off the south coast of England and is battering Cornwall and will bring more gales and floods to the UK this weekend.
As storm Doris takes aim for the UK some coastal areas are bracing themselves for winds of up to 100mph.
Met Office has issued severe weather warnings but has not named the low pressure system moving across, they have issued 42 flood alerts. 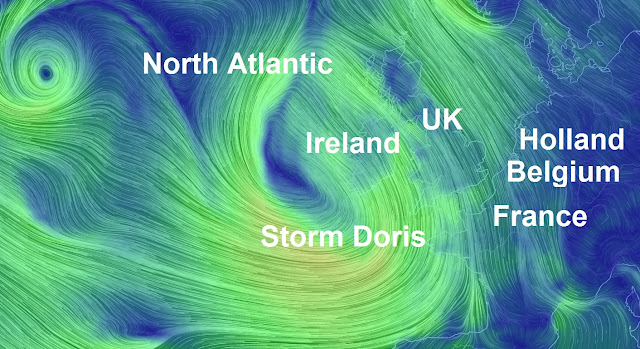 The Met Office forecast predicts: 'Wet and windy weather edging northwards on Saturday. Further rain and strong winds possible in the far south on Sunday, then fine for a time before more rain later Monday.'
A residential street in Hayle was lit with multiple explosions after power cables came down as gale-force winds struck Cornwall last night.


At around 3am, the power lines began arcing spectacularly in Bodriggy Street. Blake Evans was awoken to the intense smell of burning and the bright flashing and crash of explosions just outside his bedroom window.

God have mercy on all the haters!

It's just a winter storm William