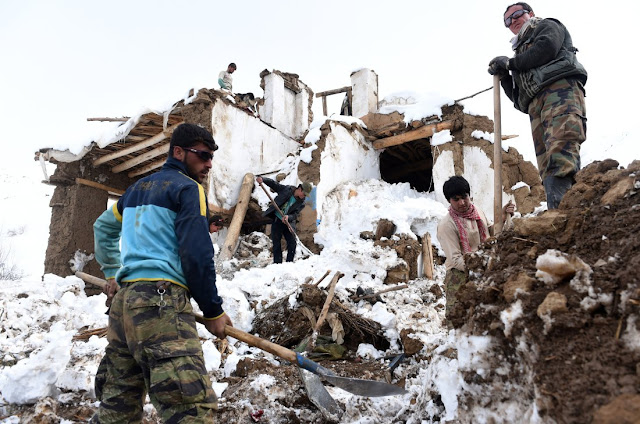 Photo Fortune
A number of avalanches caused by unprecedented snow storms in Afghanistan and Pakistan over the weekend have claimed 107 lives with many more injured and almost 200 homes destroyed along with the death of hundreds of livestock.
Dozens more are missing.
An avalanche in Pakistan killed at least 14 people and buried five homes, Nizamud Shah, a local official in the northern town of Chitral told the Associated Press. He added that several other people are missing. 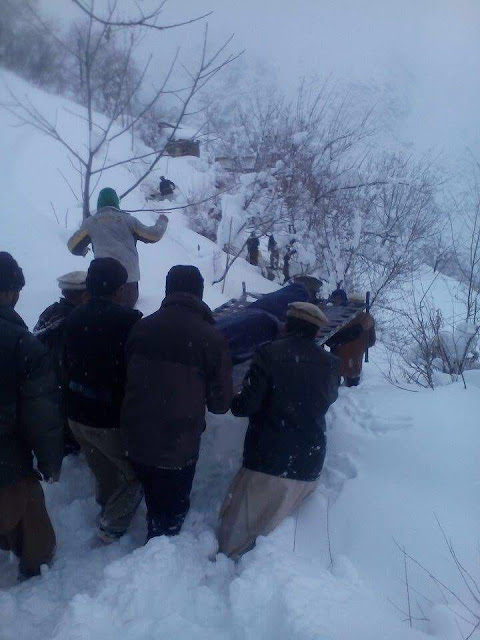 Over 90 people have been confirmed dead with hundreds of livestock dead and more than 150 homes destroyed as a snowstorm hits Afghanistan on Sunday, prompting the government to declare Sunday as public holiday.
The unprecedented snow in a decade has led to the closure of main highways leaving many people stranded, out of power and other supplies.
A high-level meeting chaired by President Mohammad Ashraf Ghani directed the concerned officials and departments to be on their toes in response to the harsh winter.

"It looks like most of the snow is over with and through the end of the week it should remain mostly dry with temperatures slowly rising up," AccuWeather Meteorologist Alan Reppert said. "By next weekend, there is a threat for some more snow to come in."