The Colima volcano deliveres the world a spectacular eruption exploding ash, smoke and steam 2,000 meters into the Mexican sky 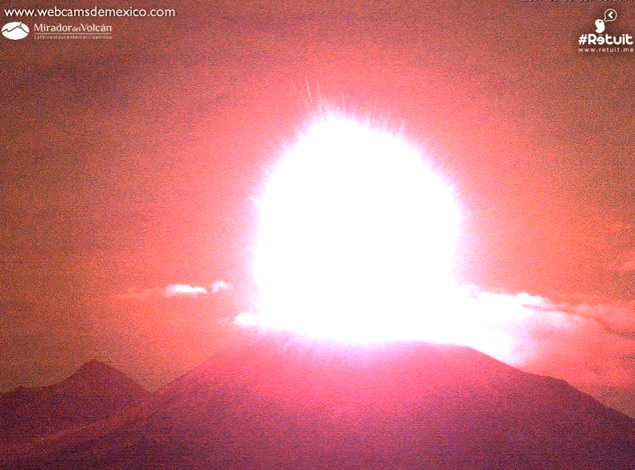 The Colima volcano, one of Mexico’s most active delivered the world a spectacular eruption yesterday, literally exploding ash, smoke and steam more than 2,000 meters into the Mexican sky.The incredible eruption was caught on the volcano’s web cam yesterday. 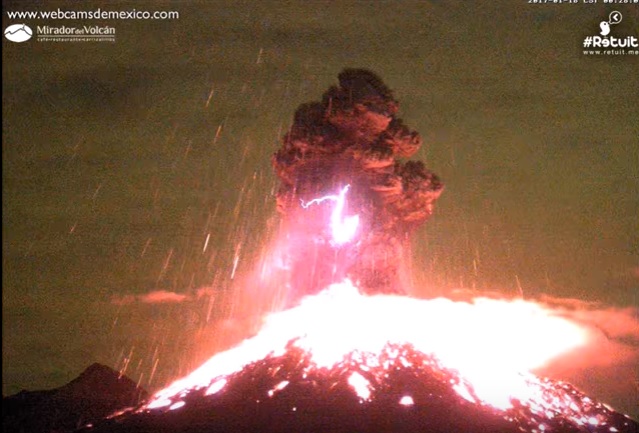 Volcano discovery reports, the volcano's activity remains above average. Vulcanian-type explosions from the summit crater occur at intervals of several hours and are sometimes very powerful, generating dense ash columns that rise 2-4 km, and cover the upper slopes of the volcano with bombs. 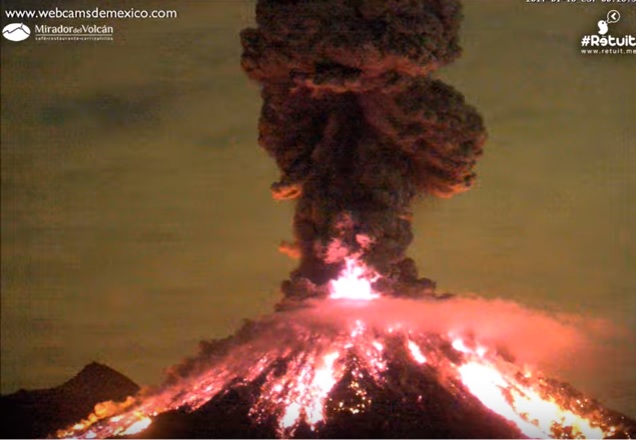 Some of them also generate small pyroclastic flows descending the steep upper flank.