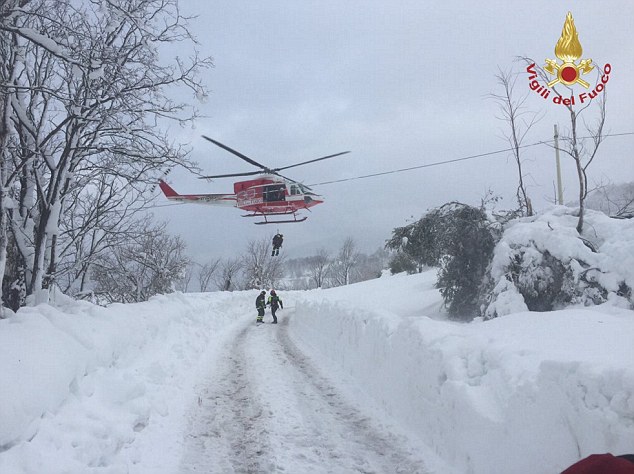 Italy avalanche: 'Many dead' in hotel Rigopiano in Abruzzo
An Italian rescue official has said that a number of people have been killed after a hotel was hit by an avalanche, apparently triggered by an earthquake on Wednesday.
Rescuers battled overnight to reach the hotel close to the Gran Sasso mountain in the Abruzzo region. "There are many deaths," Antonio Crocetta, the head of a mountain rescue team, was quoted as saying. 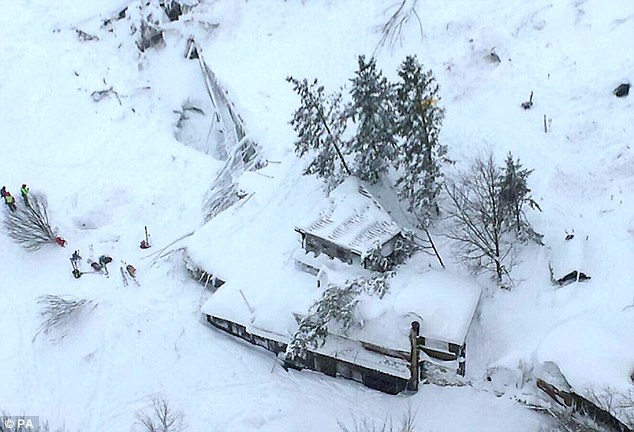 Up to 30 people were in the Rigopiano hotel at the time of the avalanche.
The roof partly collapsed and local residents in Farindola alerted emergency services.
But a snowstorm and blocked routes made access to the hotel difficult and Italian media said the first rescuers only reached the hotel on skis at 04:00 (03:00 GMT) on Thursday.
Several news websites quoted the president of the province as writing on social media that an avalanche had hit the Hotel Rigopiano, saying it was buried in snow.
'There ARE MANY victims, but it all needs to be confirmed,' provincial President Antonio Di Marco was quoted as saying.
Four strong earthquakes shook the same region of central Italy yesterday which suffered deadly tremors last year, and could have had an affect on the avalanche.
The quakes killed one man and sent residents into panic and further isolated towns that have also been buried under more than three feet of snow for several days.
The central Lazio, Marche and Abruzzo regions have been grappling with heavy snow, and one man aged about 82 died after the snow and one of the tremors made the roof of a farm building fall on him, a fire service spokesman said.
Prime minister Paolo Gentiloni said it was a 'difficult day' for Italy.