N Korea leader Kim Jong Un's vast farm Ungok Ranch responsible for producing meat for him and his elite is infected with avian flu, infected chickens being sold to locals 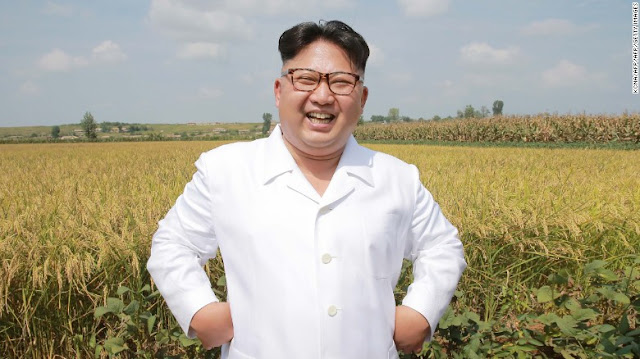 An outbreak of avian influenza (AI) has been confirmed in Sunchon, South Pyongan Province.
Due to the discovery, Ungok Ranch, which is responsible for producing meat for Kim Jong Un and high-ranking cadres, has reportedly been placed on emergency alert for preventive measures. Although the state-run Rodong Sinmun newspaper previously ran a story (on December 29, 2016) about the risks associated with AI and preventative countermeasures, there was no mention of an outbreak within North Korea at the time.
"In mid-December, there was an outbreak of diarrhea among the chickens at a farm village near Sunchon City, South Pyongan Province.
After conducting a focused investigation, the Sunchon Veterinary Medical Center declared that the illness was due to AI [known informally as bird flu or avian flu] and initiated a quarantine of the Ungok Farm to prevent the virus spreading," a source in South Pyongan Province told Daily NK on January 5.
The Ungok Ranch occupies a vast tract of land across South Pyongan Province near Anju City and Sunchon City.
The farm not only breeds chicken and ducks, but also raises various other types of poultry including pheasant and pigeons, feeding them on special high-quality grasses and weed mixtures.
The farm is specially managed by the state to provide high-quality food for Kim Jong Un, his family, and the privileged class in Pyongyang with the objective of improving their longevity and health.
She added, "The Ungok Ranch directly produces food for the Marshal (Kim Jong Un), therefore, the farm executives will face political repercussions if it is confirmed that the virus has spread across the farm.
To prevent the spread of AI, the veterinary medical center of the Ministry of Agriculture, as well as the provincial veterinary units have been mobilized to cordon off the farm and are conducting frequent sanitation and sterilization inspections."
AI is an acute contagious viral disease that infects chickens, ducks, and wild birds.
While people are seldom infected by AI, the authorities are carrying out thorough preventive measures to eliminate the possibility of it harming Kim Jong Un's health.
A separate source in South Pyongan Province reported that the local hygiene medical centers have been conducting bi-weekly immunity inspections of livestock, vaccinating animals with poor inspection results in order to prevent the spread of infectious diseases including AI.
"The city hygiene centers are holding a meeting of the inminban (people's unit) to explain the symptoms of chickens infected with AI to the residents, ordering them to follow hygiene regulations, and encouraging them to gargle with salt water or drink garlic juice to enhance their immunity.
They have also banned sales of chicken at the markets," the source said.
However, an additional source noted that chicken meat being circulated in the markets in South Pyongan Province has risen markedly, suggesting that the chicken meat allocated for the elite class is now likely being illegally distributed in the market in large quantities, rather than being destroyed. "Although the sale of chicken has been prohibited due to the outbreak of AI, chicken meat is still being sold in the markets.
The animals that have died of AI have not been destroyed." she noted.
"The market price of chicken eggs has also dropped due to the outbreak of AI.
Eggs used to be sold at 800-900 KPW but they are now selling for 600 KPW. Local farmers breeding chickens are in difficult times as the price of chicken meat and eggs has plummeted."