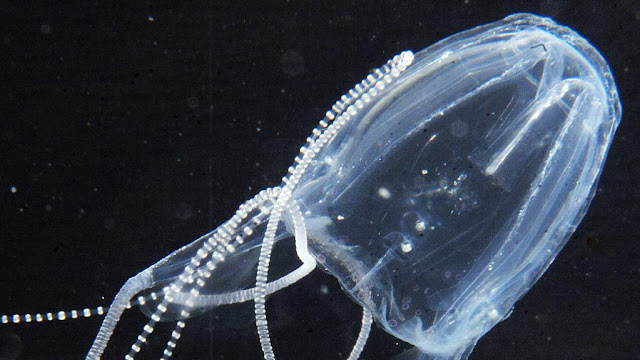 According to the Quandamooka Yoolooburrabee Aboriginal Corporation, deadly jellyfish have been spotted in shallow waters around North Stradbroke Island.
The team, which manages the land and waters in the area, has described the Morbakka fenneri jellyfish as similar to Irukandji syndrome.
Its sting is severe and can be fatal.
The symptomns can take up to 30 minutes to occur.
You should see a doctor immediately if you think you have been stung.
The QYAC urged anyone with severe lower back pain, nausea, vomiting, breathing difficulties, heavy sweating, severe cramps and spasms as the result of a sting, to urgently see a doctor.
Irukandji, box jellyfish and bluebottles have been responsible for stings along the Queensland coast this summer with several beaches closed at various times.
Surf Life Saving Queensland North Barrier Region supervisor Russell Blanchard said the box jellyfish contain "one of the most powerful toxins known to man".
"They can potentially kill a human in two to three minutes minutes," he said. Off Fraser Island a spate of stings saw 10 people hospitalised and sparked fears of a southern irukandji migration.