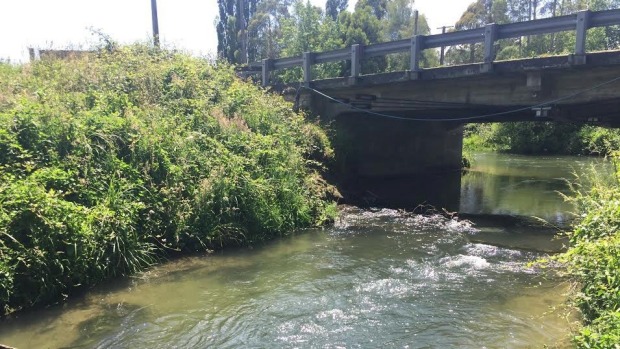 A man out for a leisurely fish this afternoon was "shocked" after seeing thousands of dead koura floating past him.
Erin Hampson-Tindale headed down to Oraka Stream in Putaruru for a bit of fishing only to find what he described as "thousands" of freshwater crayfish of all sizes and ages floating past him.
"I have spent over an hour here now and there has been a constant flow of them.
It's shocking, there are literally thousands and thousands stumbling past," he said.
"They are semi-alive but obviously a whole colony has been wiped out by something because there are even really tiny ones."
He said he had no idea what was causing the koura to slowly die as there were no obvious signs of contamination.
"The water is not as clear as it can be but it could just be from the rain we had yesterday, other than that it really looks fine," he said.
"It's hard to say what has caused this but I know koura are sensitive when it comes to contamination." He said he had contacted the Department of Conservation (DOC), the Waikato Regional Council, and had taken samples so they could be tested.
"It is a very depressing situation because not many streams would have this amount of koura.
This is not something we can wake up tomorrow and forget about, it needs to be monitored," he said. "They are also the main food source for trout and they are going to gorge on them.
There are no trout floating by yet but I would not be surprised if they start to."