Bismarck in North Dakota is 25F colder than the North Pole this morning with experts warning its going to be a lot worse next week! 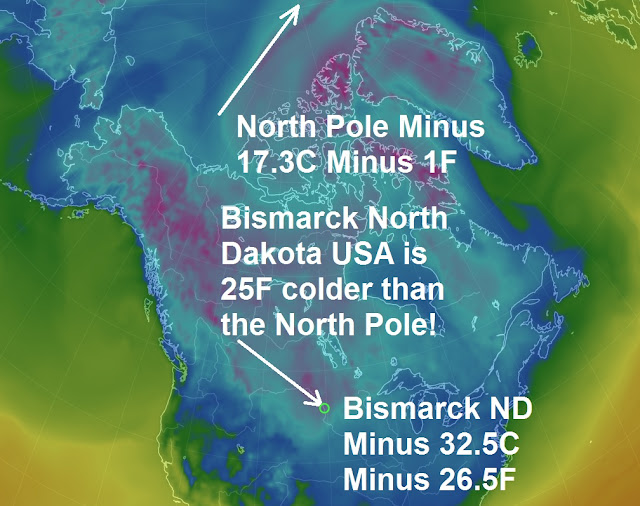 
This morning at 9.am UST, Bismarck North Dakota USA recorded a temperature of minus 32.5C, minus 26.5F, which is 25F colder the North Pole which recorded its temperature at minus 17.3C, minus 1F.
These kinds of temperatures are brutal and with the blizzard conditions North Dakota has suffered this week it has been truly treacherous
Brutal cold lingering across the northern Plains thanks to an invasion of Arctic air. On Wednesday night, Dickinson, North Dakota, experienced an AccuWeather Real Feel Temperature® of minus 39, while in Casper, Wyoming, the actual temperature plummeted to minus 33. And it will get worse, if you thought it was cold in the US this week well, next week is going to be even colder as the polar vortex returns to North America. Reuter’s reports, forecasters are sending chills down some spines with a prediction that much of the northern half of the United States could see frigid weather next week similar to life-threatening lows the polar vortex brought to parts of the country in 2014. 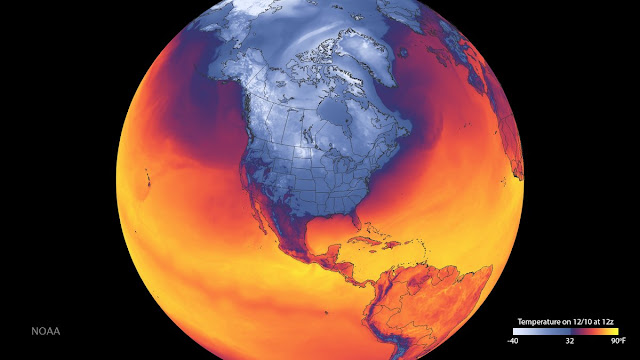 How its looking for Canada and the US

Anticipation of a freezing blast began to build this week when weather maps and forecast models showed similarities between next week's system and one that developed in January 2014.
The southward shift in the polar vortex in 2014 brought the Midwest some of its coldest weather in two decades. Icy conditions snarled travel and thousands of flights were cancelled or delayed.
Frigid temperatures combined with gusting winds to create life-threatening wind chills as low as 60 degrees Fahrenheit below zero (minus 51 Celsius) that killed at least nine people.

The coldest weather next week is expected in the Midwest and North-eastern starting around Tuesday, according to forecasts that show temperatures in the single digits in some cities.