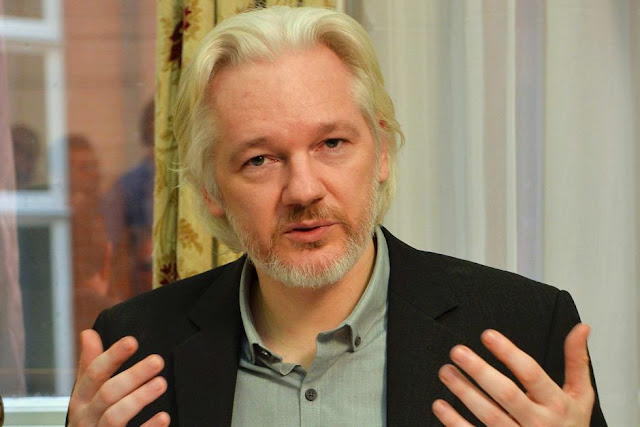 Is Julian Assange alive? Have the FBI infiltrated WikiLeaks? They are the two questions trending on the web since the release of the Podesta emails, Assange’s silence since early November have ramped up the speculation with many fearing the WikiLeaks founder dead.
However a Tweet allegedly from Julian Assange this morning claiming he is innocent of rape accusations by the Swedish government would suggest he is very much alive.
RT reports: WikiLeaks chief Julian Assange has released his full testimony to Swedish prosecutors for the first time, saying he is ‘entirely innocent’ regarding sexual assault claims. He has spent four years inside the Ecuadorian embassy in London to avoid arrest.
It is the first time he has gone public with his version of events surrounding the rape allegation for which he was first arrested in 2010.

His statement includes detailed accounts of what he calls “consensual and enjoyable” sex with a woman known as ‘SW,’ which he says occurred four or five times.
Assange says text messages between him and SW prove the sex was consensual.
In his 19-page statement, Assange says he has been subjected to “six years of unlawful, politicized detention without charge.”
He says he has been subjected to “cruel, inhumane and degrading treatment” and denied effective legal representation in the process.
“I want people to know the truth about how abusive this process has been,” he said.
“Furthermore, in the past the prosecution has fed partial information to tabloids that politically oppose me.
“It is better that my statement, which I am happy with, and which it makes it obvious to all that I am innocent, sees the light in full.”
Assange is accused of initiating sex with SW while she was asleep. Under Swedish law, this constitutes rape. Assange says he has a text message sent by SW showing this did not happen.
The text messages include:

On August 14, 2010, SW wrote to a friend: “I want him, I want him.”
On August 17, she wrote to a friend that the pair had long foreplay, but nothing happened. She later wrote that after sex had occurred, that it “turned out alright” other than the pregnancy and STD risk.
On August 20, SW, while at the police station, wrote that she “did not want to put any charges on Julian Assange,” but that the police were “keen on getting their hands on him.”
On August 21, she wrote that she “did not want to accuse” Assange “for anything. And that it was the “police who made by the charges.”In his statement, Assange says his interview process with police in November was “simply a ruse to tick a box to ensure the technical possibility to indict me, irrespective of how I answer any questions.”

He says he tried to give a statement to Swedish prosecutors for six years via various means, including in Sweden before he left, in London via video link or in an embassy, or back in Sweden if he was given a guarantee he would not be extradited to the US, where he fears prosecution on an espionage-related charge.

If Assange was a refugee the Swedes would probably persecute the
woman for saying anything. Being good vassals of the USA they are to be commended for following orders.