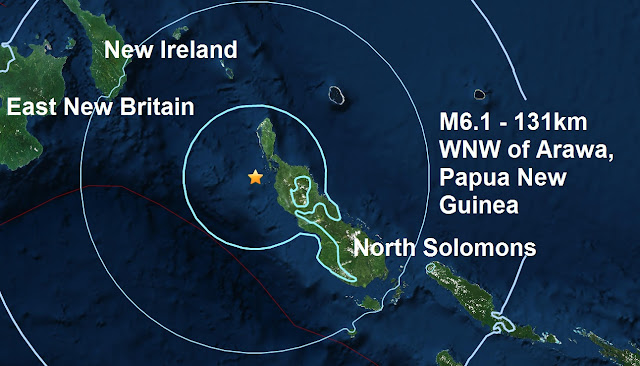 
Another major quake, a mag 6.1 - 131km WNW of Arawa, Papua New Guinea in the same area but further north-west of the three massive quakes at the Solomon Islands yesterday and the day before.
After Thursday’s massive mag 7.8 quake, the Solomon Islands have suffered 56 powerful aftershocks and quakes since yesterday with a massive quake reaching 6.9 on the Richter scale hitting late last night