Aftershocks have driven nearly 100,000 from their homes after last week’s deadly earthquake in Indonesia 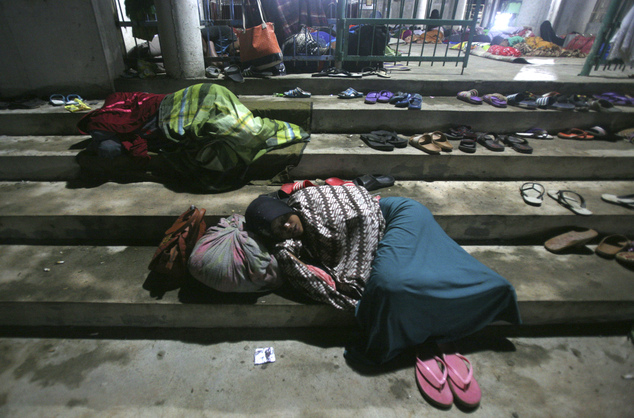 Photo Daily Mail
International disaster agencies reported the number of people displaced by last week’s killer earthquake in Indonesia has jumped to nearly 100,000 people as aftershocks of the magnitude 6.5 quake continue to drive people from their homes, The Associated Press reported Tuesday. An official for the organization said almost 100 aftershocks had struck the area since last Wednesday’s deadly magnitude 6.5 earthquake hit Sigli in Indonesia leaving many dead. The major quake struck off the north-east Coast of Sumatra Island, where dozens of buildings have collapsed and many people are feared trapped under rubble. In 2004, the same area was devastated by a tsunami that killed more than 160,000 people in Indonesia alone.
The National Disaster Management Agency (BNPB) announced Saturday that displaced Acehnese in Pidie Jaya and Bireun regencies were in dire need of clean water and family-sized tents following a strong earthquake in the province.
“After the earthquake the groundwater wells went dry; the water became shallow and black. Therefore clean water is the most needed now,” Sutopo Purwo Nugroho, BNPB’s spokesperson said in a press conference as quoted by Antara news agency.


The earthquake is responsible for 102 deaths and nearly 900 injuries, the report said. It destroyed or damaged more than 11,000 buildings, mainly homes, but also schools and dozens of mosques.