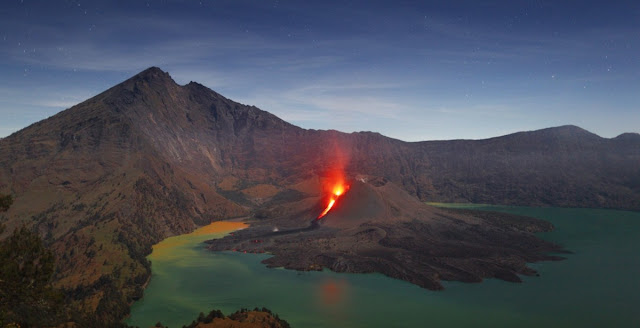 Photo www.forbes.com
A number of domestic and international flights to and from Bali were canceled on Monday following the eruption of Mount Rinjani in Lombok, West Nusa Tenggara.
Three domestic flights from Bali to Lombok have been canceled, as the eruption forced the closure of Lombok International Airport on Monday afternoon, spokesman of I Gusti Ngurah Rai International Airport, Awaluddin, told The Jakarta Post.
"Three flights from Lombok to Bali were canceled," Awalludin said.
Meanwhile, five flights from Australia to Bali were canceled, three of which were Tiger Air and two Virgin Airlines flights.
"The canceled flights were from Australian cities Sydney, Brisbane, Melbourne, Perth and Adelaide," he said.
From Ngurah Rai, two flights to Australia have also been canceled.
The flights included one Tiger Air flight to Perth and one Virgin Airline flight to Brisbane, leaving at least 335 passenger stranded in Bali.
"The cancellations were decided for safety reasons," Awaluddin said.

Evacuations in place as Mount Sinabung Indonesia, covers capital with ash
at August 01, 2016

Wow, cool post. I’d like to write like this too – taking time and real hard work to make a great article… but I put things off too much and never seem to get started. Thanks though. hongkongbusinessfly.com