The West in crisis as a candle-lite future awaits the poor! Gas and Electric prices spike in Europe food shortage for Christmas: World stocks plunge. There are three great crises before this: the Civil War, the Depression, and World War II. This is equal to it, documentary filmmaker "Ken Burns!" 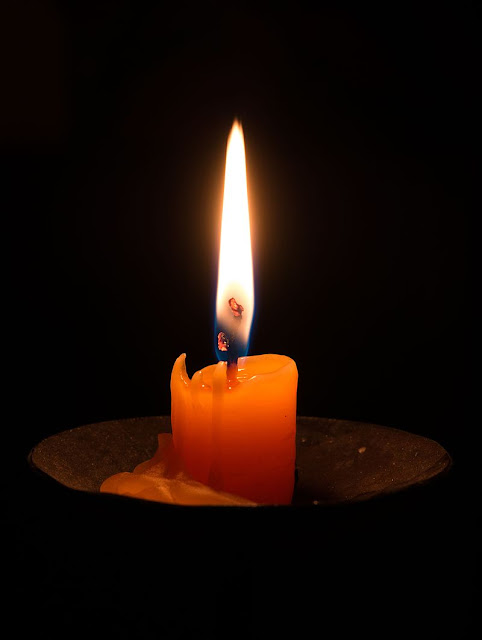 Europe and the UK

You can't make it up, after years of blaming CO2 on our planet's current climate chaos the UK is facing a shortage so big it could bring the meat industry to it's knees in the next 10 days. A 70% rise in wholesale  gas prices has prompted US-owned CF industries to stop production causing a 60% shortage of the UK's CO2 production.

The gas is used to stun animals for slaughter, package meat and also in refrigeration systems. It is also used in fizzy drinks, beer, cheese, fruit and vegetables and crumpets, among other items.

Ian Wright, chief executive of the Food and Drink Federation, told the Today programme on BBC Radio 4: ‘We’ve been saying for several months now that the just in time system is under the most strain it’s ever been in the 40 years it’s been there.

'We've heard poultry production would begin to erode very seriously by the end of this week, we know the same is true of pig production, and bakery products and meat packaging are probably a week behind.

‘So we’ve got around 10 days before shoppers and diners start to realise those products aren’t available.'

To make matters worse, the UK's energy companies are in panic with some facing closure as desperate companies today urged the Government to scrap the price cap and allow them to add hundreds of pounds to the average bill as the UK wholesale price of gas soared to a record high and suppliers went to the wall at the rate of one a week.

Seven firms have collapsed in 2021 in total and many have only been in existence for five years. Experts have predicted that up to 39 more could go in the next year. It's the same story in Europe too with Holland expecting customers to have to pay an extra 500 Euros to heat their homes this winter. A shortage of wind has also ground wind turbines to a halt.

As Europe floats becalmed during a very mild and balmy September the wind farms have stood idle for more than a week sending a massive charge in electricity prices and with the Russians tightening control on their gas exports is causing a combination of gas and electric hikes across the continent which could cripple many poor people if the price hike continues, especially in the winter months.

With Christmas just around the corner Britain could be looking at a 1970's three day week, preserving electric and gas supplies as well as facing food supplies and and more soul-destroying lockdowns from a resurgent covid pandemic.

In America it's not much better. According to the Johns Hopkins University Covid-19 is officially the most deadly outbreak in recent American history, surpassing the estimated U.S. fatalities from the 1918 influenza pandemic

Reported U.S. deaths due to Covid crossed 675,000 on Monday, and are rising at an average of more than 1,900 fatalities per day, Johns Hopkins data shows. The nation is currently experiencing yet another wave of new infections, fueled by the fast-spreading delta variant.

Flight bookings rapidly declined in August and early September amid a surge in COVID-19 cases fuelled by the highly transmissible delta variant.

Online customers spent $4 billion on flights within the U.S. in August, down 24 percent from July and 35 percent below pre-pandemic levels, according to an analysis from Adobe Digital Insights.

According to CNBC, U.S. stocks began the week deeply in the red as investors continued to flock to the sidelines in September amid several emerging risks for the market. The S&P 500 fell 1.7% to 4,357.73, posting its worst daily performance since May 12. It was a broad sell-off with each of the main 11 sectors of the benchmark registering losses. The Dow Jones Industrial average lost 614.41 points, or 1.8%, to 33,970.47 for its biggest one day drop since July 19. The tech-heavy Nasdaq Composite dropped 2.2% to 14,713.90.

Bloomberg reported, this was a big week for global markets and is off to a messy start as stocks plunge around the world and haven bids break out. Blame everything from China Evergrande Group’s woes and the collapse in iron-ore prices to fears over the U.S. debt ceiling. The endgame for creditors to the Chinese property giant has arrived just as traders are in a state of alert before the Federal Reserve’s meeting this week.

Angst about the world’s most-indebted developer is spreading as senior Chinese policy makers stay silent on whether the government will step in to prevent a messy collapse. It has sparked the biggest selloff in Hong Kong property stocks in more than a year and dragged down everything from banks to Ping An Insurance Group Co. and high-yield dollar debt.

Xi Jinping’s campaign against private enterprise, it is increasingly clear, is far more ambitious than meets the eye. The Chinese President is not just trying to rein in a few big tech and other companies and show who is boss in China, he is coming for the US too.

Domestically, the US is preparing for a mass shutdown of farms and agriculture businesses as climate chaos and government sanctions have hit farmers particularly hard this year. The latest set back is the rising cost of chemical fertiliser hitting farmers already struggling to to produce food during rising costs.

Quite interesting info Gary, how similar the 1918/19 flu pandemic was to today's covid19! I didnt make that date connection until seeing it here now, that the dates were the same and it is exactly 100 years later. Interesting. The 1918 flu, was it just in America? The information seems to imply that but I dont know.
So the flu back then started in winter 1918 and went until spring & winter 1919....covid started in winter 2019. It's funny how many things in our world reflect very similar detail history timeline matches as they ocurr in the same dates. The last hurricane too that hit USA in Louisiana was also the same date as their past biggy we know as Katrina. Just one example but I've been noticing several other things that are just like these examples, and regarding the 1919 flu episode, exactly the same supposed death numbers also! 675k then and 675k now. Isnt that a coincidence! But today we have what, about 4 billion more people on this earth, so really in comparison it is not like then as the math is quite different now. Still pretty interesting "coincidence".

Thanks for posting this! The picture is coming to light via dot connection. Isnt it fun!? :0

It really is, there is a coming worldwide hack in energy prices too, which happened just before the Great Depression, and of course the prospect of another World War, very interesting times indeed!

Making Cash more than $15k to $18k consistently just by doing basic online work. I got $18376 a month ago just by working on the web. Its a simple and basic occupation to do from home and its profit are greatly improved than customary office work. Each individual can join this activity now just by pursue this link........go to this site home media tech tab for more detail support your heart :*

Good for you! Cash is king!