TBW Exclusive! Mass 'GPS Cloaking Attack' in the Black Sea in 2017 could be responsible for the deaths of thousands of marine life and birds in the area who need earth's magnetic field to navigate

An apparent mass and blatant, GPS spoofing attack involving over 20 vessels in the Black Sea last month has navigation experts and maritime executives scratching their heads. The event first came to public notice via a relatively innocuous safety alert from the U.S. Maritime Administration: A maritime incident has been reported in the Black Sea in the vicinity of position 44-15.7N, 037-32.9E on June 22, 2017, at 0710 GMT.This incident has not been confirmed. The nature of the incident is reported as GPS interference. 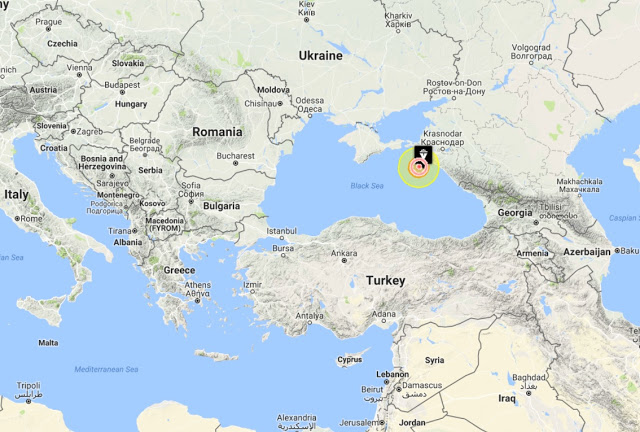 But the backstory is way more interesting and disturbing. On June 22, 2017, a vessel reported to the U.S. Coast Guard Navigation Center: GPS equipment unable to obtain GPS signal intermittently since nearing the coast of Novorossiysk, Russia. Now displays HDOP 0.8 accuracy within 100m, but given location is actually 25 nautical miles off; GPS display. After confirming that there were no anomalies with GPS signals, space weather or tests on-going, the Coast Guard advised the master that GPS accuracy in his area should be three meters and advised him to check his software updates. The conversation with the Russian Coastguard is here-TBW
Quite by accident, it came to my attention this morning that since June 2017, when the GPS attack happened many reports of dead dolphins and birds have been reported around the area of Novorossiysk. As dolphins and birds need Earth's magnetic field to navigate I got to wondering if the GPS experiments had affected the wildlife.
Just 5 days after the event above a press release by the Kyiv Post claimed - KRASNODAR – The number of dead dolphins washed up on the Black Sea beach, from Sochi to Anapa, has reached 167, Krasnodar Territory prosecutor Sergei Tabelsky said.

“Mass dolphin deaths have been registered beginning in March of this year. The highest number of animals washed up ashore was discovered in May – 84 cases, in June – 16 cases.

Scientific organizations concluded that in 99 per cent of cases, the mammals died not in the coastal areas of Krasnodar Territory. They were simply thrown ashore by the sea,” Tabelsky said at a regional prosecutors’ forum on local environmental safety issues on June 27. The scientists who investigated mass dolphin deaths have yet to come to a unanimous opinion as to the causes of what happened, the prosecutor said. The investigation was carried out by two Crimean-based scientific organizations and Moscow’s Severtsev Institute of Ecology. “Some of the animals died after having entangled themselves in fishing nets, others from exhaustion, from virus infections, and various parasites. The specialists have so far been unable to establish a causal link in the dolphins’ deaths,” Tabelsky said. Full Story

Translated from Russian
150 dead dolphins wash up in two months in Krasnodar, Russia. Russian?
Dolphin Rescue Center "Delfa" is looking for volunteers.
From the very beginning of February, active calls began on the hotline of the centre. So, on February 4, 2017, four emissions were reported at once: an emaciated white barrel in Gelendzhik with traces of being caught in the nets, a white barrel in Vityazevo and an albino azovka in Lazarevskoye. The remains of another dolphin were found in Dzhemet, the dolphin rescue centre said. Experts noted that there are not enough volunteers in the centre in different districts of the region
On the 1st of March, 2021 a report claimed all the beaches of Novorossiysk are strewn with carcasses of dead birdsThe townspeople are posting horrific photos and videos on social media. Residents of Novorossiysk sound the alarm: all the beaches of the city are strewn with carcasses of dead birds. The Novorossiysk have never seen such a number of bird corpses on the shore. 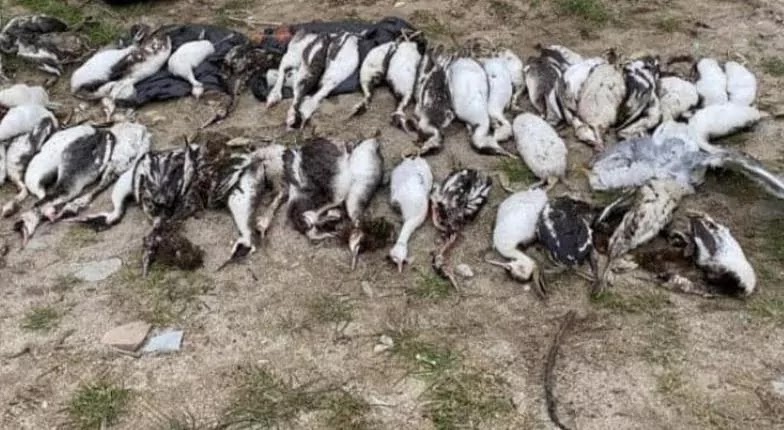