BOOM! A series of eruptions have occurred from one of the worlds most active volcanoes. Mount Sinabung volcano (Indonesia) eruption generated ash plumes that rose to an estimated 10,000 ft-12,000 ft (3,000 m-3,600 m) altitude 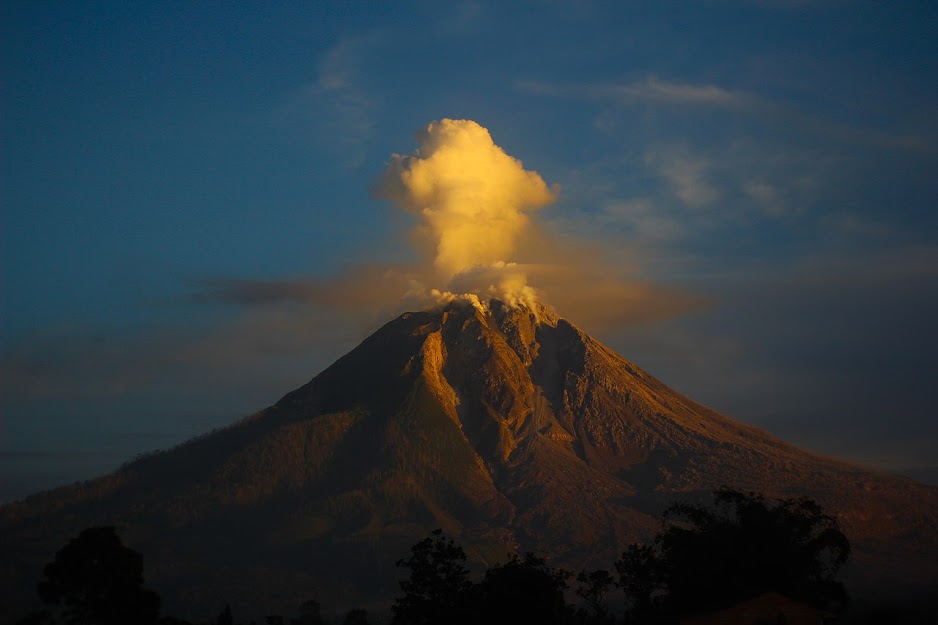 Sinabung volcano (Sumatra, Indonesia): A series of eruptions occurred from the high activity volcano over the past few days. During 3-5 January the explosions generated an ash plumes that rose to estimated 10,000 ft-12,000 ft (3,000 m-3,600 m) altitude and drifted W-SW direction. Visibility of the explosions are limited due to dense clouds. Incandescent blocks from the actively growing lava dome slid down over the slopes and caused avalanches of material. The warning bulletin states that ballistic impacts of volcanic bombs and pyroclastic flows could affect an area of about 3 km distance from the main crater and 5 km on the SE flank and 4 km on the NE flank. The Volcanic Alert Level remains at Orange.

The eruption comes after an impressive end to 2020 and beginning of 2021 with a series of eruptions around the world. A spectacular burst of volcanic activity just before Christmas saw Hawaii's Kilauea volcano, Italy’s Mount Etna, the Sheveluch volcano (Kamchatka, Russia), Sabancaya volcano Peru, Mexico's Popocatepetl volcano and two in Japan all putting on a spectacular show exciting enthusiasts after a fairly quiet year.
Vocano Eruptions 2021
Front Page
at January 06, 2021