Here we go again! "The biggest one in living memory" (wildfire) has scorched a third of the World Heritage Area of Queensland's idyllic Fraser Island, six weeks after being sparked by an illegal campfire 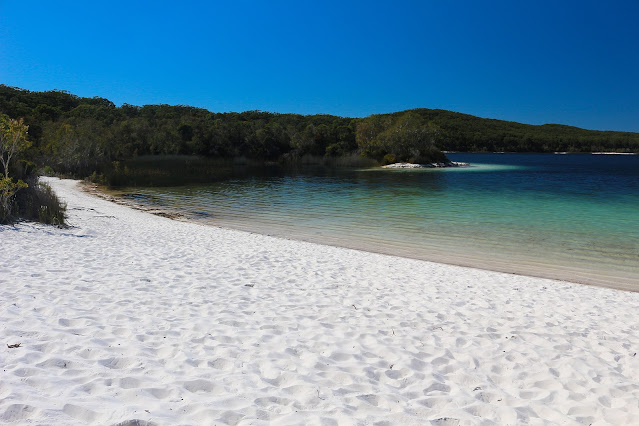 After last year's record-busting heatwaves and wildfire season, Australia was hoping for a rather wet summer season this year with the onset of La Niña. La Niña typically increases the likelihood of above-average rainfall across much of Australia during spring and early summer. However, with Summer still a while away, Sydney temperatures are set to soar over the weekend as NSW is headed for an early heatwave with temperatures inching toward the 50 deg C, (122 deg F) mark bringing with it the threat of another early start to another wildfire season.

Meanwhile, a bushfire, coined as "the biggest one in living memory" has scorched a third of the World Heritage Area of Queensland's idyllic Fraser Island, six weeks after being sparked by an illegal campfire. Firefighters have been working to contain the blaze that broke out on October 14, which has ravaged tens of thousands of hectares of the national park.

Fraser Coast Mayor George Seymour said the blaze was "the biggest one in living memory". "It's been slowly burning since then and now it's covered a third of the island, which is horrific to think about," Cr Seymour said. "Forest fires aren't unusual on Fraser Island - this is just the biggest one in living memory." Several campgrounds are closed due to the dangerous conditions. Brisbane resident Kristen Wessling is staying at the Kingfisher Bay Resort on Fraser Island and said it was intense earlier in the week.

"We went to Lake McKenzie, see photo, on Monday and you could see ash falling while we were swimming in the lake, so it was a bit weird," she said. "Conditions were quite bad on Monday with the northerly blowing, so in Kingfisher Bay, the effects of the fire were quite strong. "On Sunday night on the jetty at Kingfisher, you could see the fire at night - it looked close but it was really, really far away."

The Department of Environment and Science (DES) said today's milder temperatures and a wind change had improved conditions for firefighters. In a statement, the DES said the strong northerly winds that had been pushing the main fire front further south had abated in favour of a southerly change, which had given firefighters an opportunity to build and strengthen containment lines.

A DES spokesperson said the bushfire was not threatening life or property and had not damaged any infrastructure. Cr Seymour said he visited the island yesterday and said the smoke and visibility were "shocking". "It's bad for young children and it's very bad for elderly people, people with asthmatic conditions," he said. "The State Government has dumped over half-a-million litres of water and gel on it, but what we need is rain." Cheryl Bryant from Save Fraser Island Dingoes Incorporated said the bushfire could devastate the local ecosystem and wildlife. "Our concern is the long-term effects of what's happening on the island - we've lost at least 30 per cent of the island now and it's still burning," Ms Bryant said. "The smaller mammals can't avoid the fires and there are so many vulnerable animals and many of them have perished."