“This is a historic, unprecedented flood." The 3rd worst flood in our state’s history: Pearl River Mississippi reached 36.67 feet on 17 February, 2020, its third highest level on record. 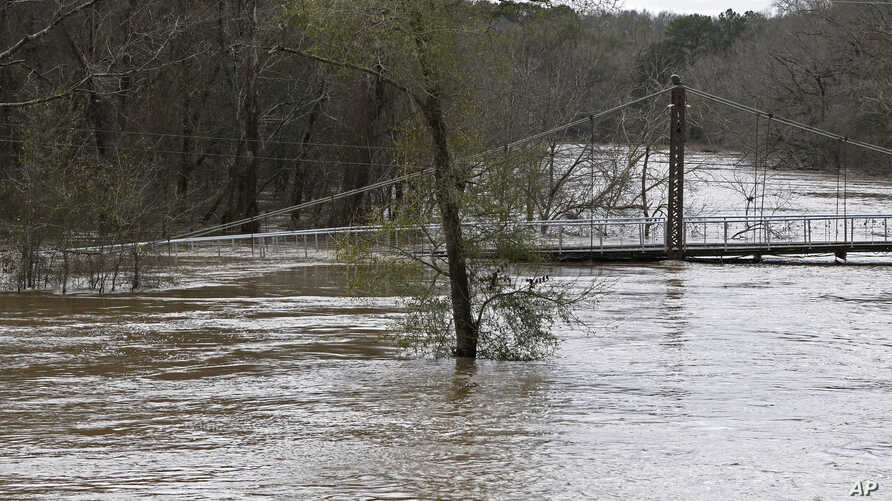 Days of heavy rain caused rivers and dams in Mississippi and Tennessee to rise, prompting evacuations and some flood rescues. Among the worst hit areas is Jackson, Mississippi, where the Pearl River exceeded Major Flood stage and reached 36.67 feet on 17 February, 2020, its third highest level on record.

The state government of Mississippi moved quickly in anticipation of the flooding and declared a state of emergency on 15 February. Mississippi Governor Tate Reeves said: “This is a historic, unprecedented flood. With projections showing the potential of this being the 3rd worst flood in our state’s history, I’ve declared a state of emergency to deploy the necessary resources to take care of all Mississippians impacted…Protect yourself and your family — have a plan in place and evacuate if and when you are asked.”

Emergency Management in the state estimated estimated that more than 2,400 structures would be affected by the flooding — most of them in Hinds County, which includes Jackson, but also some in neighbouring Rankin and Madison Counties. Evacuation orders were issued in these areas and around 16 people were rescued from flooded homes. It is estimated that around 1,000 homes have suffered flood damage. Full details of damages are yet to be confirmed, but no fatalities have been reported.

Better be looking for Noah the famous builder of the ark...