Blood Bath! Thailand shooting: Soldier who killed 26 and injured 42 others is shot dead: The man was angry over a financial dispute 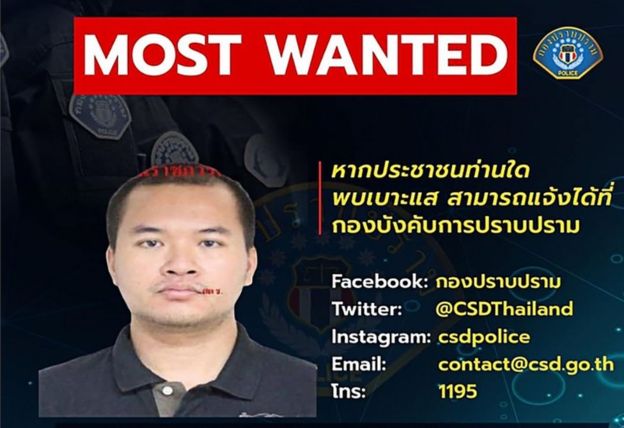 Photo AFP
Thai officials said a soldier who went on a shooting rampage and killed at least 26  people and injured 42 others has been shot dead inside a mall in northeastern Thailand. Officials said the soldier angry over a financial dispute first killed two people and then went on a far bloodier rampage Saturday, shooting as he drove to a busy mall where shoppers fled in terror.

Defense Ministry spokesman Lt. Gen. Kongcheep Tantrawanich said Sgt. Maj. Jakrapanth Thomma was behind the attack in Nakhon Ratchasima, a hub for Thailand's relatively poorer and rural northeastern region. Much of the shooting took place at Terminal 21 Korat, an airport-themed mall filled with colourful Lego sculptures, a merry-go-round and huge replicas of landmarks from around the world. Video taken outside the mall showed people diving for cover as shots rang out midafternoon Saturday. Many were killed outside the mall, some in cars, others while walking.

Shortly before midnight, police announced they had secured the above-ground portion of the mall, but were still searching for the shooter. About 16 hours later, officials held a news conference outside the mall to announce the gunman was fatally shot. The officials did not release any details. Defense Ministry spokesman Kongcheep told Thai media that the first person killed was the commanding officer of the 22nd Ammunition Battalion, in which the suspect also served. He said the gunman had fired at others at his base and took guns and ammunition before fleeing in an army Humvee.