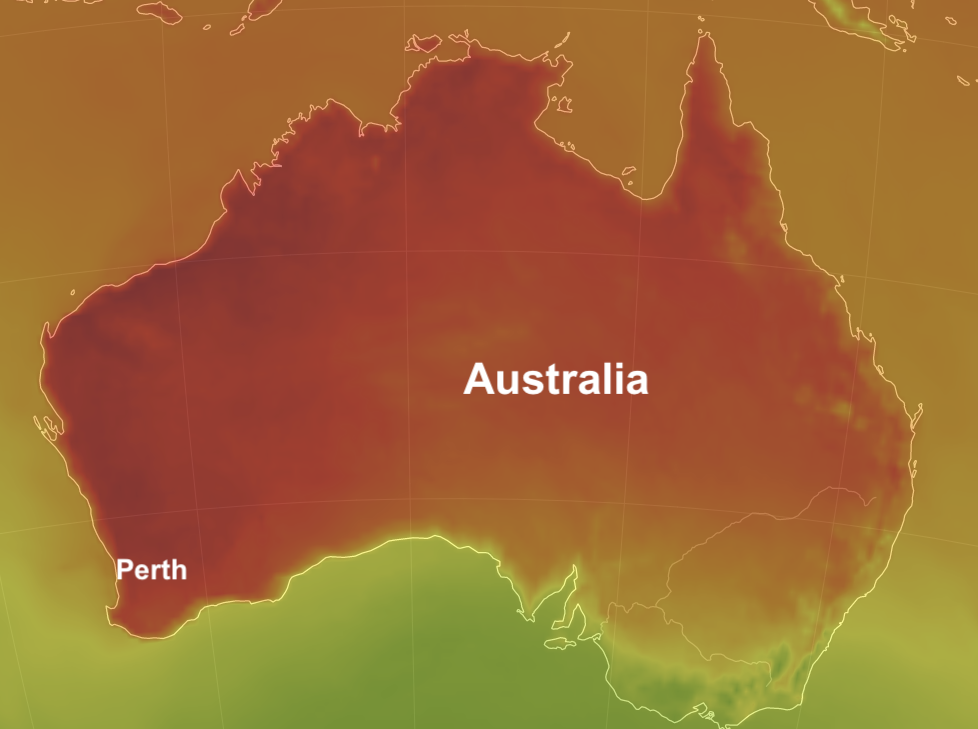 Earthwindmap
Western Australian city Perth endured its hottest November day ever today as the temperature hit 40.4 deg C, (105 deg F). Not only was today the hottest day since records began back in 1897, but it was also the hottest spring day since 1897 according to ABC News Further north along the Western Coast temperatures reached 45 deg C, 113 deg F

Bushfires are now raging across Australia's east and west as danger rises. Dozens of wildfires burned across broad swaths of Australia’s east and west on Saturday and firefighters scrambled to shore up defences ahead of hotter weather and stronger winds expected to bring more danger in the coming days. Temperatures of above 40 degrees Celsius (104°F) were forecast for parts of Western Australia on Sunday before spreading east next week and worsening conditions in New South Wales (NSW) and Queensland, two states already struck by devastating bushfires, reports Reuters