Another quake swarm hits California: A mag 4 quake is followed by 63 aftershocks on the U.S. Mexican border town of El Centro 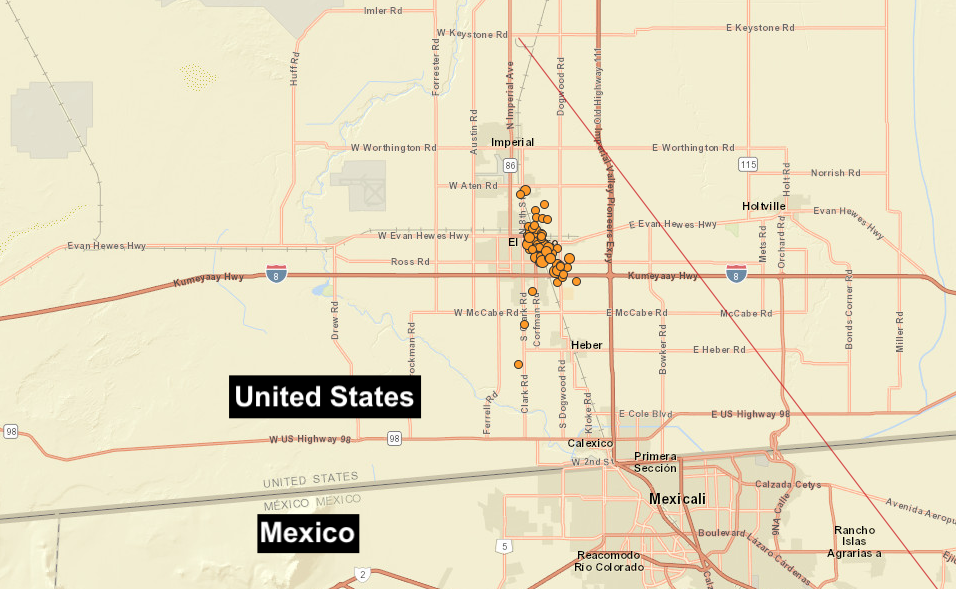 According to the LA Times, a new swarm of earthquakes has struck near the California-Mexico border underneath the town of El Centro in Imperial County. Scientists are closely watching the cluster, which began at 6:07 p.m. Monday with a magnitude 2.8 quake, followed six minutes later by the largest quake so far, a magnitude 4. There were 18 aftershocks within the first two hours, Caltech seismologist Egill Hauksson said. By Tuesday morning there had been 63 aftershocks. “Swarms in this region are often prolific and can last for weeks,” Hauksson said. “There’s no lack of faults there.”

This week just 300 km North-West from the town of  El Centro, Ventura suffered hundreds of small to medium quakes with the largest being a magnitude 3.6, however, the swarm in Ventura appears to have stopped, as of today.

Meanwhile, 100 miles (160 km) North-East from Ventura, the Ridgecrest "Mega-swarm" which started way back in June and has produced thousands of small quakes is still swarming hard with a total of 650 quakes in the last 7 days, see map below. 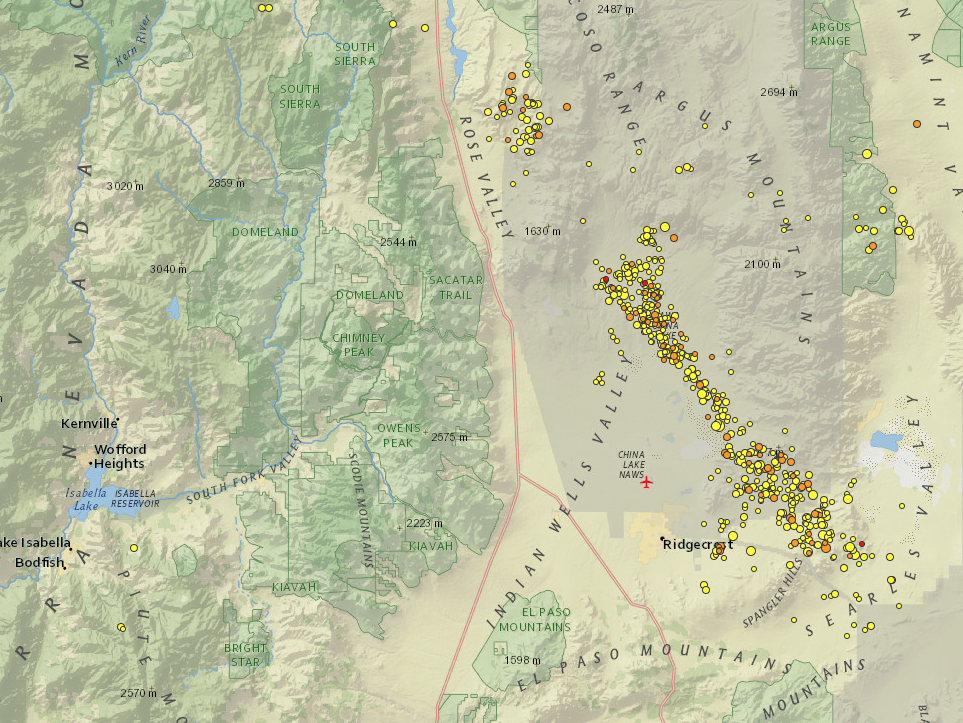