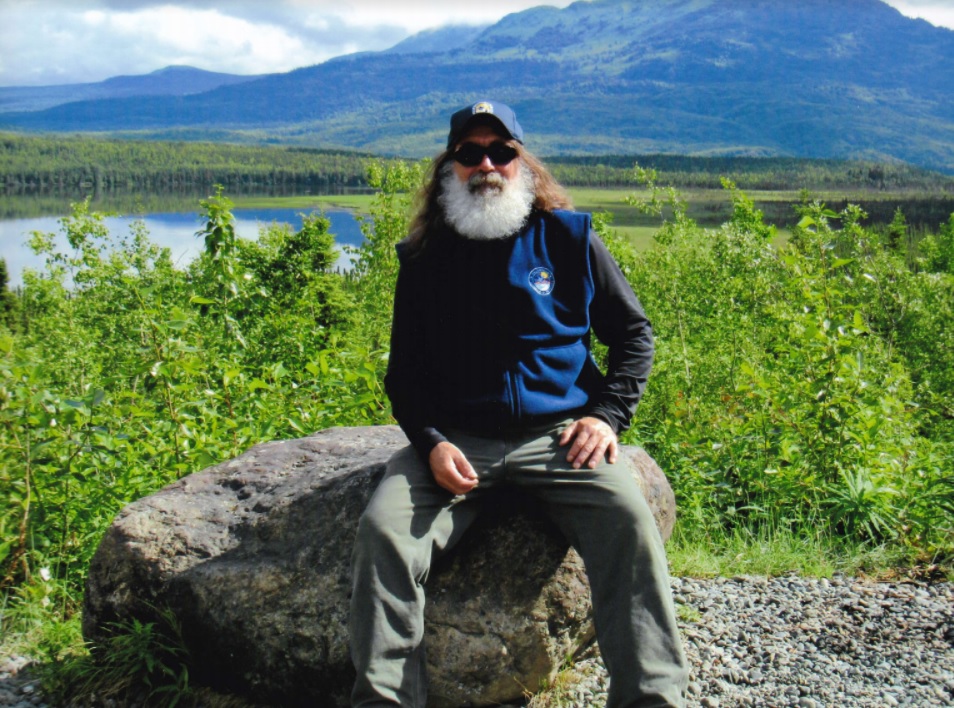 More significantly, July was the 12th consecutive month in which average temperatures were above normal nearly every day, said Brian Brettschneider, a scientist with the Alaska Center for Climate Assessment and Policy (ACCAP) at the University of Alaska Fairbanks.

As regular readers of The Big Wobble will know Bill Laughing-Bear has been keeping tabs on radiation levels on all local fish in his vicinity up there in Alaska, below is Bill's recent documentation of his research, along with his experience with wildfires and tree deforestation.

I apologize for my long absence. It’s been a busy summer what with rogue bears
in the yard, a plethora of company, forest fires, more forest fires and then MORE
forest fires!
In my last report about the whale, I stated that I intended to go back and check it
more thoroughly when the tide receded because walking in the silt with rubber
boots can prove to be fatal if you get stuck. As I informed you, Gary, I went back
and the whale was no longer there. My guess is that since it was bloating, it
probably floated out at high tide. That was rather frustrating since it was a very
long drive to get there only to find it gone.
In July I started testing salmon for radiation. Rather than check other people’s
salmon, I went dip netting to gather my own fish for testing. I did find an increase
in radiation over last year. I also tested halibut that I did not catch myself and
found it warmer than last year’s halibut. Not only did I go dip netting but I
worked a set-net site.
The thing that alarmed me the most while dip netting was all the dead seagulls.
There was no apparent visual cause of death. On the steep, muddy banks I could
tell that many had died between low and high tide because they were pristine in
color and not at all muddy. I wanted to test them for radiation but the slick
conditions of the bank forbade me doing so without the risk of getting stuck.
I wondered if radiation was part of the problem, especially with so many of the
people, after flaying their fish and dropping the carcasses back into the water,
provided a feast for the seagulls. I was stunned. I had never seen so many dead
seagulls.
I have not found anything, whether it be clams, shrimp, crabs, or any type of fish
that has not had some level of radiation. It is my opinion that to eat such is to
play Russian Roulette.
I’d like to touch on the trees. The spruce tree die-off is going into hyper-drive.
They tell us it is the Japanese Bark Beetle that is doing it and yes, some are dying
from it. But many I cut down show no sign of Bark Beetle. The younger trees are
so full of sap that when the beetles bore into them, they drown. Why is it most of
the die-out I have seen are within 5 miles of cell towers? What’s 5-G going to do
to us?
As I stated in a previous article about Micro-Wave Tower Density: Health effects
vs. safety standards: 0.000027 micro-watts centimeter squared, caused the
premature aging of pine needles. The Baubiologie Biology (Germany), or Building
Biology Extreme Concern 0.1 micro-watts centimeter squared should be of great
concern to our health. And we are so far over those safety standards in Canada
and the United States since the standard has been set between 600-1,000 micro-
watts centimeter squared. If the minimum for cell phones to work is
0.0000000002, why do we need cell towers broadcasting so much radiation?
Would this also explain all my missing birds and bats?
The mosquitoes like to swarm over my dog yard in the summer. Apparently they
enjoy the taste of a Siberian sled dog. I always have a lot of little brown bats that
fly constantly over the dog yard as they feast on the mosquitoes. This year I saw
only one bat. Many of the little birds aren’t there. Are cell towers affecting them
as well?
I believe we are annihilating ourselves and nature.