George Orwell's classic dystopian novel "1984" turns 70 while the book remains relevant as it ever was with "alternative facts" and "fake news." 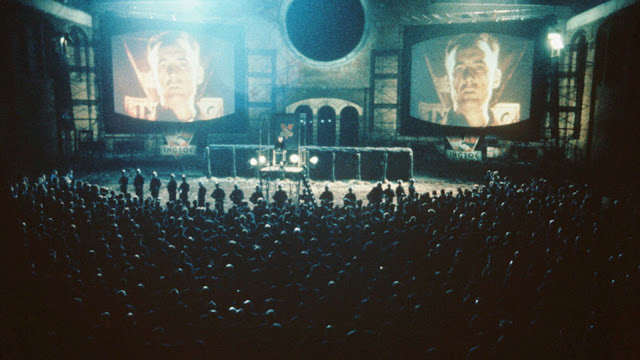 Photo BBC
70 years since it was published George Orwell's classic dystopian novel "1984" continues to fascinate readers and is as popular today as it ever was.
Written just after the end of WWII the book paints a frightening picture of the future of mankind.
A future where "The Party" is all powerful in a society controlled by the thought police, screen monitors and a brainwashed hatred of the enemy, with every citizen knowing "Big Brother is watching." Sound familiar?
It is a society where people and events can be airbrushed from history when war means peace, and slavery is freedom and ignorance is strength.
“If you want a picture of the future, imagine a boot stamping on a human face—forever.”
The book, 1984 reminds us of our own society today in many ways, for instance, US President Donald Trump's advisors used the term "alternative facts", a phrase used in the book 1984, with reference to "doublethink." 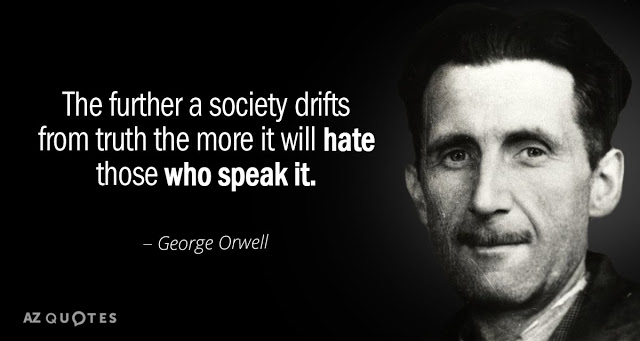 Fake news, the new buzz-phrase since Donald Trump's rise to power reflects Orwell's own thoughts, in his book he wrote. "But if thought corrupts language, language can also corrupt thought."
During a speech in July 2018, Trump said: “What you’re seeing and what you’re reading is not what’s happening.” A line from Nineteen Eighty-Four went viral: “The party told you to reject the evidence of your eyes and ears. It was their final, most essential command.”
As our society is being bombarded with hi-tech social media, another quote from Orwell's book becomes more relevant." “Nothing was your own except the few cubic centimetres inside your skull. ”
“You are a slow learner, Winston."
"How can I help it? How can I help but see what is in front of my eyes? Two and two are four."
"Sometimes, Winston. Sometimes they are five. Sometimes they are three. Sometimes they are all of them at once. You must try harder. It is not easy to become sane.”
As Orwell wrote. "Who controls the past controls the future. Who controls the present controls the past."