An incredible Biblical swarm of ladybugs measuring 80 miles by 80 miles (130 km by 130 km), has been captured on a radar screen in Southern California this week 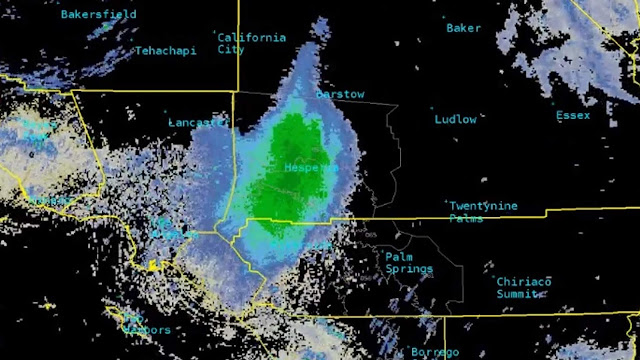 An incredible Biblical swarm of ladybugs measuring 80 miles by 80 miles (130 km by 130 km), has been captured on a radar screen as a massive blob, in Southern California this week.
A swarm of many many millions of ladybugs took to the sky officials said on Thursday.
According to Reuters, ladybugs, also called ladybird beetles, are considered beneficial by gardeners as they feast on aphids, spider mites and mealy bugs.
The ladybugs are small so a person standing under a swarm would only see dots in the sky or, from a distance, nothing at all, said Ring Cardé, a professor of entomology at the University of California, Riverside.
What caused the swarm to form?
One possible explanation is that a large population of ladybugs had been spread out over land in a mountainous area and rising temperatures triggered their mass migration, Cardé said.
When they take to the sky, ladybugs are relying on winds to carry them to valleys where they might find abundant amounts of aphids to eat, Cardé said.
As the insects spread out, the unlucky ones will end up in deserts and die.
The late spring movement of the ladybugs follows a winter hibernation in California’s mountains when they gather in clusters so thick they can be picked up with a shovel, Cardé said.
The insects try to stay alive under snow cover.