A total of 3 major quakes over the Easter holiday period with 15 dead in the Philippines after a mag 6.1 shook the country 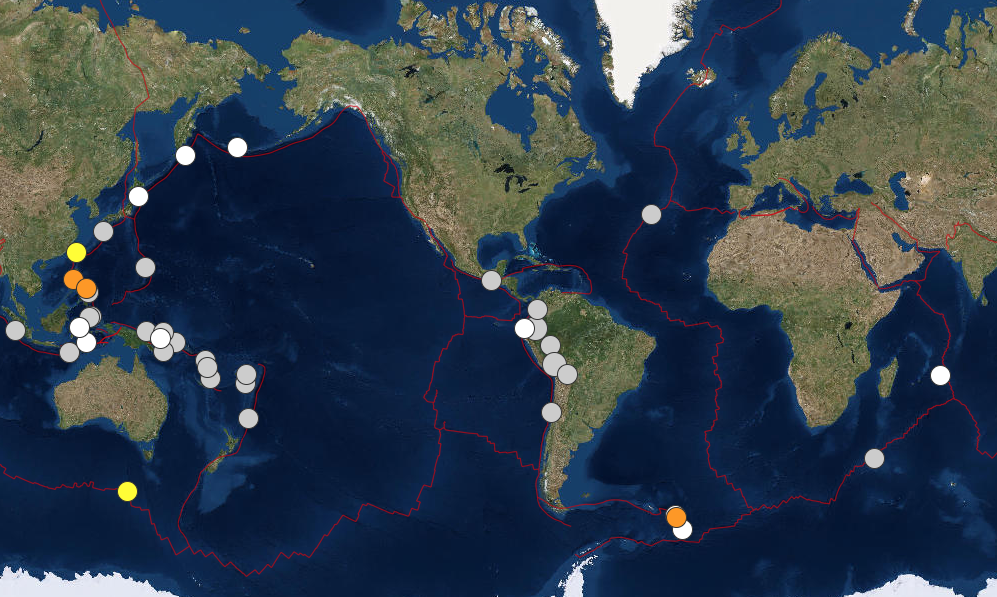 Rescue teams in the Philippines searched for signs of life beneath the rubble of a collapsed four-storey commercial building on Tuesday after a strong earthquake shook the country’s biggest island, killing at least 15 people.
The quake, which struck at 5 p.m. local time on Monday, was initially reported as a magnitude 6.3 but was later revised down to 6.1 by the U.S. Geological Survey (USGS).
Another, stronger earthquake with a magnitude of 6.5 struck in Samar in the southern Philippines on Tuesday afternoon, according to the USGS.
There were no immediate reports of destruction there but the national seismology agency said the damage could be expected from what is recorded as a 6.2 magnitude quake.
A total of 3 major quakes struck over the Easter holidays when a magnitude 6.0 struck the South Sandwich Islands.
The 3 quakes bring the April total to an impressive 12 major quakes and a total of 42 this year so far.