A game of two halves: Extreme cold in the US against record warm in Western Europe: Paradox caused by a stuck jet stream across the Atlantic 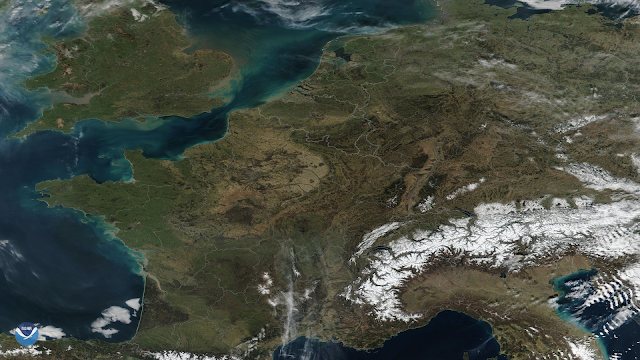 Credit, NOAA, a fixed jet stream above the Atlantic is causing record cold in the US and record warm in Western Europe.

Here on the West Coast of Holland, we are still waiting for winter to arrive and it still could but as we move into the first week of March the temperature is still way above the norm for this time of the year.
I live just north of Amsterdam and spring has arrived very early, some trees are in bloom, and the spring bulbs have burst into flower, weeks early.
The unusually high temperatures have prompted hedgehogs to come out of hibernation, butterflies to emerge and migrating birds such as swallows and house martins to arrive more than a month early.

The RSPB said birds, insects and other wildlife could face "a real crisis" if the weather turns colder, as forecasts predict.

It may still be winter, but in western and central Europe, February has ended on an unusually warm and springlike note.
A strong high-pressure system parked over the continent has caused temperatures to soar, setting new winter temperature records from England to Sweden.
On Feb. 26, southwest London reached 70.1 degrees (21.2°C), marking the United Kingdom's warmest winter day on record, according to the U.K. Met Office.
The new record occurred just days after Scotland set a new February record of 65 degrees (18.3°C) on Feb. 21.
Record-breaking February warmth was also reported in the Netherlands and Sweden. The Royal Netherlands Meteorological Institute said temperatures in De Bilt, the country's main weather observing station, reached 66 degrees (18.9°C), the warmest reading there since records began more than a century ago.
Farther east, Sweden saw its warmest February day on record, as temperatures hit 62 degrees (16.7°C) in the southern part of the country.
The warm, dry weather pattern can be seen in recent satellite imagery of Western Europe.
The image above – captured Feb. 25, 2019, by the VIIRS instrument on the NOAA/NASA Suomi NPP satellite – shows mostly clear skies in France, Germany, England, and Belgium and the Netherlands.
The lack of cloud cover offers a rare winter view of the snow-covered Alps in southeast France, northern Italy, Switzerland and Austria. 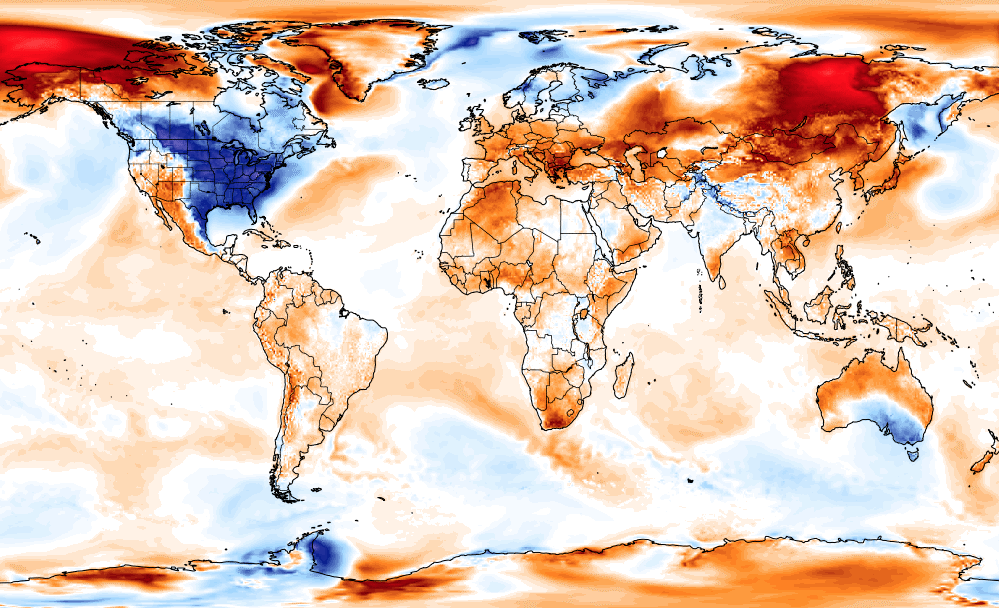 While Europe has been breaking winter warm records the US has been suffering extreme cold and is according to the Weather Channel is the most-below-average-temperatures anywhere on Earth.

The map above from the Climate Change Institute at the University of Maine shows the departure from average temperature – that is, how far the temperature is above or below average – around the globe on Tuesday.

This record cold against record warmth is a paradox for our friends who promote geoengineering, the two extremes are being caused by a blocked jet-stream pattern in the Arctic, see map below.

Namely, a nose of high pressure aloft from the Gulf of Alaska to the Canadian Arctic has forced bitterly cold air southward into the U.S.

This arctic block has also been responsible for abnormally mild weather in parts of Alaska, including record warmth at America's northernmost city, Utqiaġvik, formerly known as Barrow. 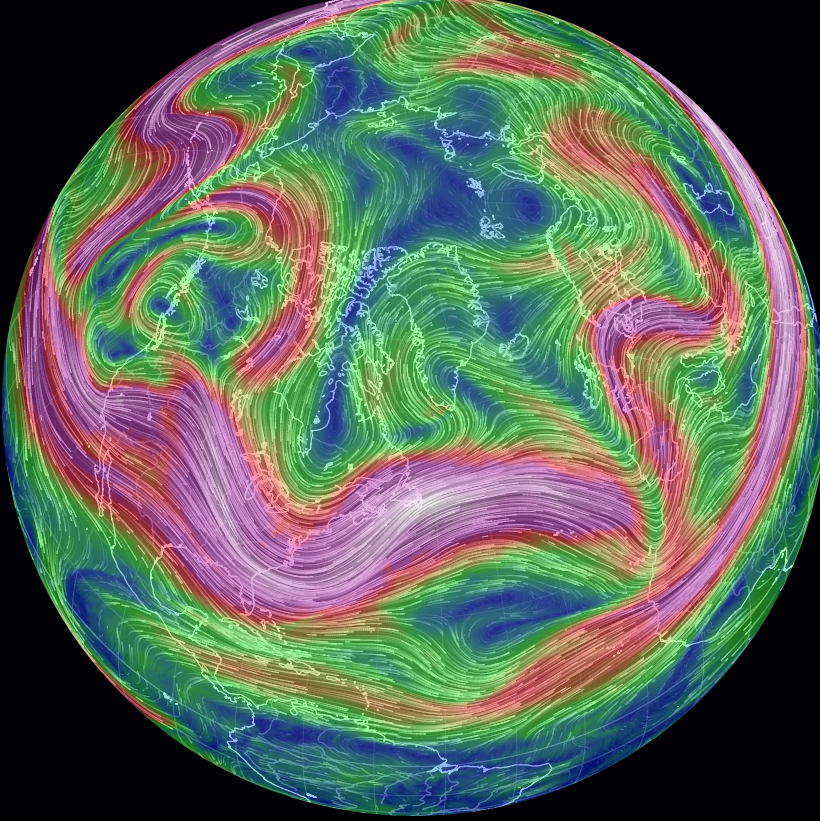 Earthwindmap showing a stuck-jet stream dragging cold from the Arctic into the US and dragging tropical air into Western Europe.