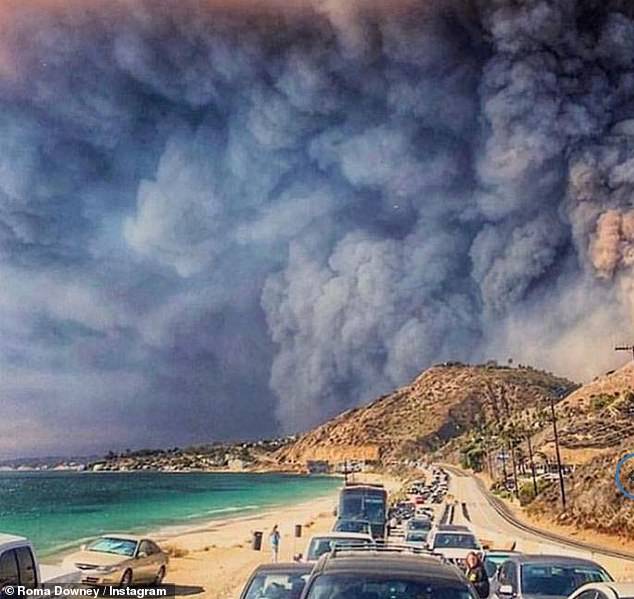 At least 228 people were still missing early on Monday in California’s deadliest and most destructive blaze on record, one of two fires raging in the state which have killed at least 31 people and forced 300,000 evacuations.
The Camp Fire in Northern California has now burned down nearly 7,000 homes and businesses around 120,000 acres and is still only 25% contained.
29 people are dead with the toll set to rise which will make it the deadliest wildfire ever in California.
Down in Southern California, the so-called Woolsey Fire has burned almost 100,000 acres and destroyed around 200 structures and is only 15% contained.
Two people are thought to have died from that fire.
According to Reuters, the blaze has forced the authorities to issue evacuation orders for a quarter million people in Ventura and Los Angeles counties and beachside communities including the Malibu beach colony.
The BBC claimed this morning that strengthening winds are threatening to spread the flames, California Governor Jerry Brown has urged President Donald Trump to declare a major disaster, a move that would harness more federal emergency funds.
The appeal came a day after Mr Trump threatened to cut funding for California, blaming the fires on poor forest management.
Some looting was reported in the southern fire area over the weekend and police said arrests had been made.
Luxury homes in Malibu and other beach communities are among properties that have fallen victim to the flames.
According to the Daily Mail, California was last night bracing itself for more devastation as ‘devil winds’ were predicted to fan the flames of the fires which have ripped through the state and claimed at least 25 lives.
Weather forecasters warned residents to expect ‘nothing but bad news’ as the most destructive fires in the state’s history continued to rage across almost 400 square miles in tinder-dry areas.
CBS Bay Area reported, suspected looters hoping to profit from the devastating losses from the Camp Fire were arrested in the town of Paradise Saturday.
Police arrested men who they say may have been trying to impersonate Forest Service personnel to gain access to the area.
Authorities said there have been 53 reports of suspected looting in the fire zone.