Powerful mag 6.8 quake shakes western Greece bringing the total to 13 major quakes this month and the 101st of 2018. 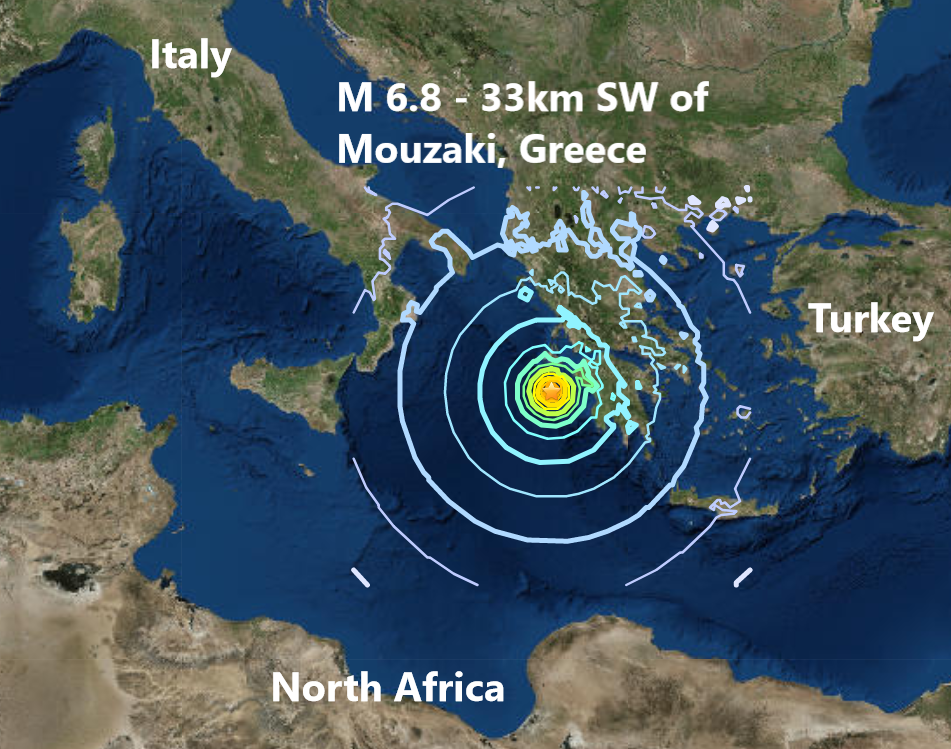 A powerful earthquake shook western Greece early on Friday, damaging a port and a 15th-century monastery, but causing no major injuries, officials and local media said.
The quake sent out tremors felt as far afield as Libya, Italy, Malta and Albania.
Greek authorities initially issued a tsunami warning then withdrew the alert.
A series of 20 aftershocks, the highest at 5.6, rattled the island and power was briefly disrupted.
According to Reuters,  the energy unleashed, based on the angle of the faultline, fanned out towards Italy,”
Zakynthos was all but destroyed in a 6.8 tremor in 1953. More than 140 people were killed in an earthquake north of Athens in 1999.
The quake was fairly shallow, according to the USGS, just 14 km (8.7 miles) below the seabed, which would have amplified the shaking.
This morning's quakes bring the total to 13 major quakes this month and the 101st of 2018.