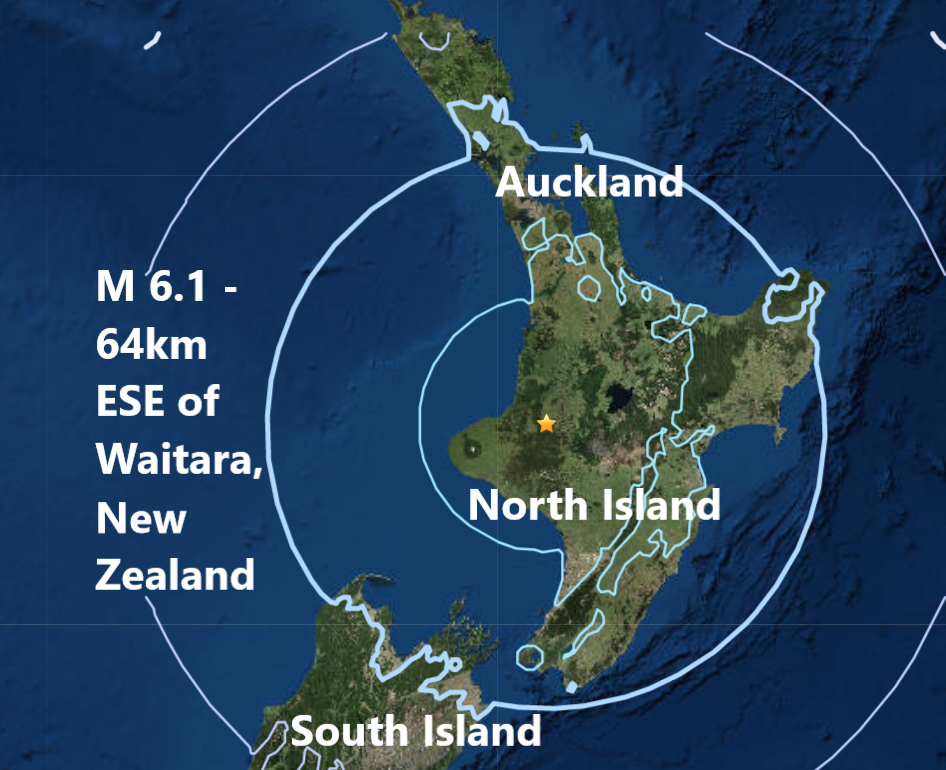 USGS
October is proving to be a busy month for major quakes around the planet a mag 6.2 New Zealand is the third in 24 hours...
A powerful earthquake has struck New Zealand's North Island.
The 6.2-magnitude earthquake hit near Taumarunui on Tuesday afternoon.
The centre of the quake was about 280km south of Auckland, where Prince Harry and Meghan Markle are visiting.
New Zealand's Parliament was suspended after the quake, and more than 15,000 people reported feeling it.
The tremor was one of the largest felt in the country since a 7.8 magnitude quake struck near Kaikoura in the South Island in November 2016, killing two.
Authorities are warning people to be prepared for aftershocks.
Today's quake is the 16th major quake of October and the 104th for 2018 which is just 7 behind last years 12 month total.