The worst disaster in Japan since the Fukushima disaster: 180 dead, 64 missing and 244,000 households without water after deadly floods 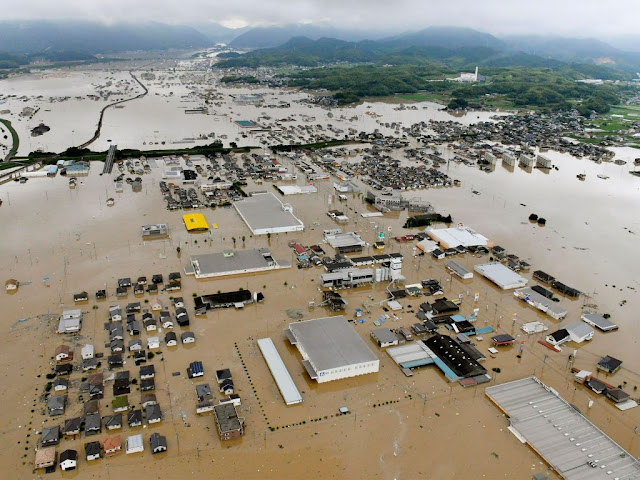 Photo credit casino.org
The latest casualty figures from the downpours in western Japan were 180 dead, 64 missing and 244,000 households without water supplies, according to Asahi Shimbun calculations on July 11. Among the 13 prefectures hit by flooding and landslides triggered by days of torrential rain, the death tolls were the highest in Hiroshima, Okayama and Ehime.
At least 42 people were still unaccounted-for in Hiroshima Prefecture, while the search continued for 18 in Okayama Prefecture.
The land ministry said it has received 483 reports of landslides in 29 prefectures, consisting of 358 cliff collapses, 109 flows of debris and 16 landslips.
Sixty-three deaths from landslides have been confirmed, according to the ministry. Most of the households without running water are in Hiroshima Prefecture.