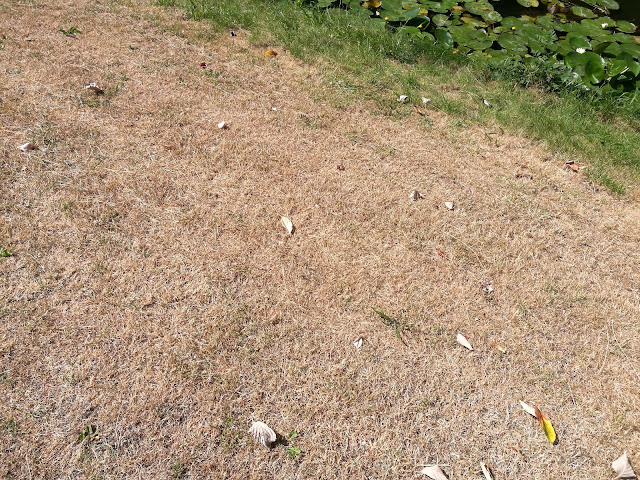 As June is expected to be named the hottest June ever on this planet and July going the same way and 2018 set to be the hottest year ever Europe is beginning to parch from the lack of water
After what seems like weeks without rainfall this is what grass looks like in North Holland after the incredible heatwave which has gripped the UK and Western and Northern Europe recently.
Reservoirs are running dry after a 50-day dry spell while global temperatures rocket. 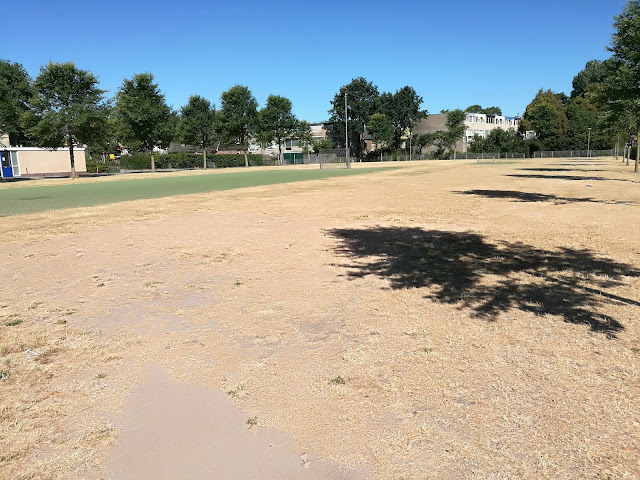 Parched grass in a school playground in Alkmaar Holland, the green area being artificial grass.

Millions of homes in the UK are facing hose-pipe bans as a water shortage looms.
The extreme weather conditions have been taking their toll on roads, with melting tarmac leading to a number of incidents around the UK.
According to the Daily Mail, a 24-year-old man’s leg got stuck in a sinkhole when tarmac melted beneath him while he was on his way to buy breakfast on Thursday in Newcastle.
He was trapped from the thigh downwards for 20 minutes before firemen using a hammer and chisel freed him. 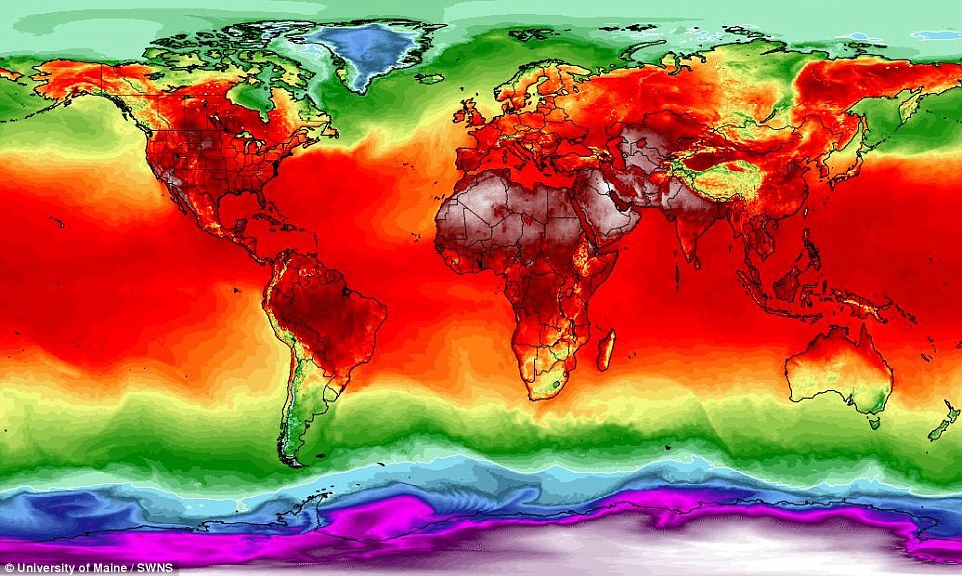 A global map of temperatures from July 7, 2018, showing the above average heat which is affecting the northern hemisphere