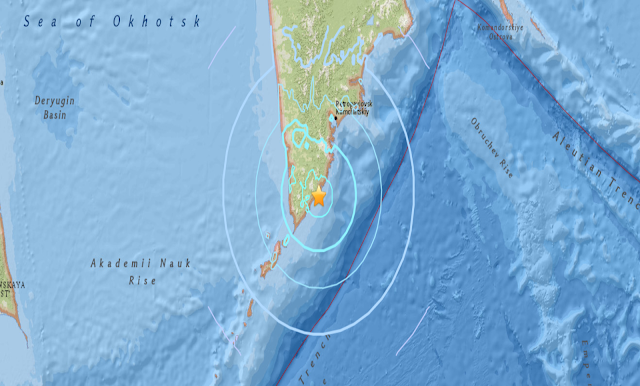 USGS
A very rare major quake, only the 2nd since the 18th of May, (only one major quake was recorded in June) has struck  E of Ozernovskiy, Russia.
The mag 6.1 quake is the first major quake of July and only the 45th of 2018 which is on course to be the smallest total of major quakes this century.
2017 recorded the lowest amount this century with just 111 major quakes but this year is is three quakes behind last years total at the 6th of June.
It's interesting to note, the lack of major quakes is corresponding with the lack of sunspot activity on the Sun as it enters its solar minimum period, is there a link?