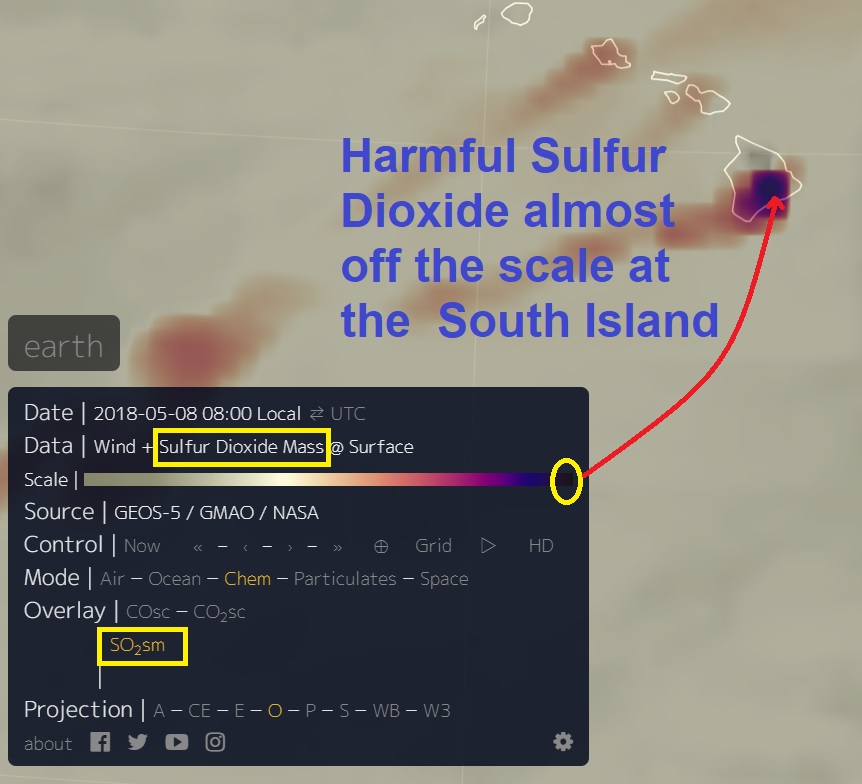 With almost 1400 quakes in the last 7 days and fissures spewing lava fountains to heights of more than 200 feet the real threat to residents of the whole South Island is the incredible amount of a toxic gas with a pungent, irritating smell called sulphur dioxide which is a major air pollutant and has significant impacts on human health, In addition, the concentration of sulfur dioxide in the atmosphere can influence the habitat suitability for plant communities, as well as animal life.
Sulfur dioxide emissions are a precursor to acid rain and atmospheric particulates
It is a toxic gas with a pungent, irritating smell and is released naturally by volcanic activity, however, the amount being released on the South Island is staggering.
According to CBS, Residents on the Big Island are now being warned about the exposure to high levels of sulfur dioxide from the lava, a gas that can cause intense coughing and burning throats.
Volcano expert Paul Davis says the gas occurs during the melting process.
"It's sort of like you've injected ammonia into all your, your nose, into your breathing area, into your throat," Davis said.
Hawaii News Now.com reports, authorities confirm two additional fissures have opened up in the Big Island's Leilani Estates subdivision, where lava has already claimed at least 35 structures since eruptions started Thursday and forced hundreds from their homes.