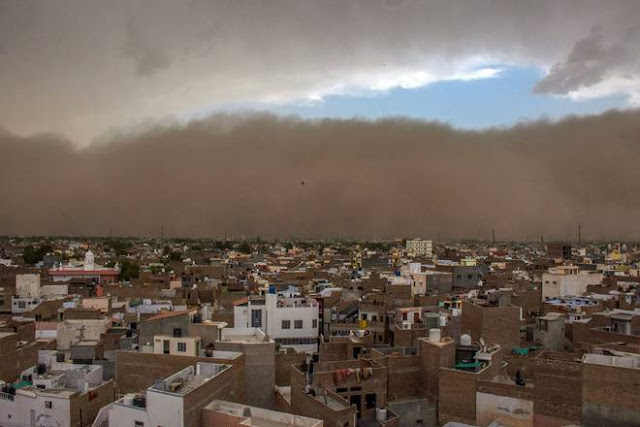 PHOTO vothemes.com
Hail and rain storms knocked down power poles and uprooted trees, killing at least 110 with many more injured in northern and western India, government officials said on Thursday.
At least 110 people have been killed and scores more injured in fierce dust storms that hit the northern Indian states of Uttar Pradesh and Rajasthan.
According to the BBC, the storms on Thursday disrupted electricity, uprooted trees, destroyed houses and killed livestock.
Many of the dead were sleeping when their houses collapsed after being struck by intense bursts of lightning.
Dust storms are common in this part of India during summer but a loss of life on this scale is unusual.
At least 73 people died in Uttar Pradesh - more than half of them of them in Agra district, which is home to the Taj Mahal monument.
at May 03, 2018