Two magnitude 6.3 quakes strike the Southeast Indian Ridge and Papua New Guinea bringing the total of major quakes to 28 for the year so far 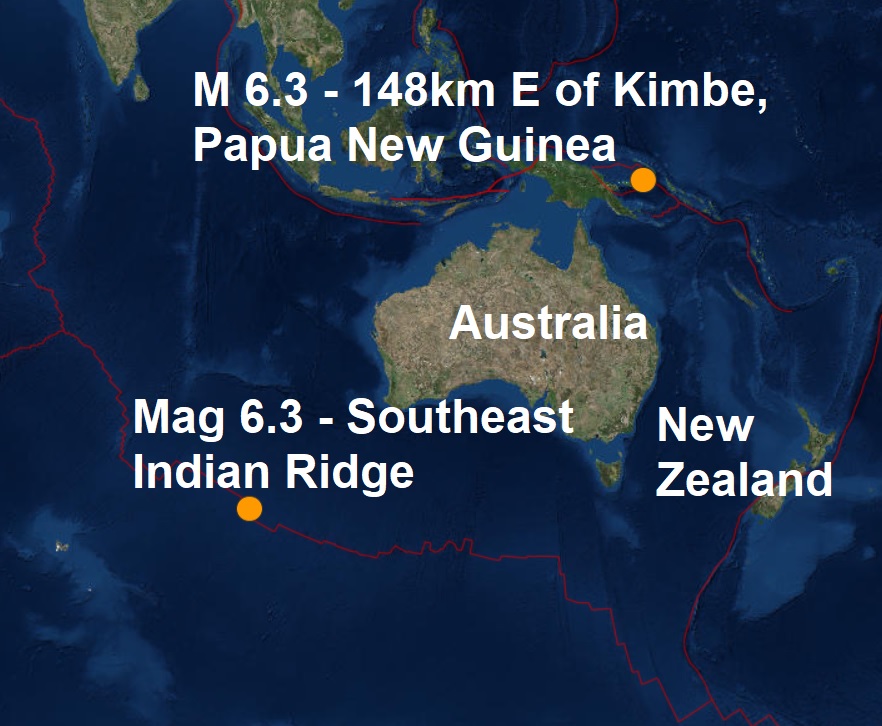 Credit USGS
As a London bus we have waited almost 3 weeks for a major quake and then two come at once.
Two magnitude 6.3 quakes were reported by USGS during the night, the Southeast Indian Ridge under Australia and Papua New Guinea being the recipients.
Nine of the 28 major quakes this year have occurred in or around Papua New Guinea.
Last nights major quakes were the 4th and 5th of March and the 28th of 2018, 11 more than the same time period of last year.
Of the 28 major quakes reported this year, 27 of them have occurred during coronal activity on the sun.
Solar wind is flowing from a coronal hole and is expected to reach Earth today.
NOAA forecasters estimate a 55% chance of G1-class geomagnetic storms today, March 25th, when a fast-moving stream of solar wind is expected to reach Earth.
The gaseous material is flowing from a southern hole in the sun's atmosphere.