Radioactive Californium used in nuclear warheads at market value of $5.8 billion seized by Turkish Police thought to have been smuggled from Russia 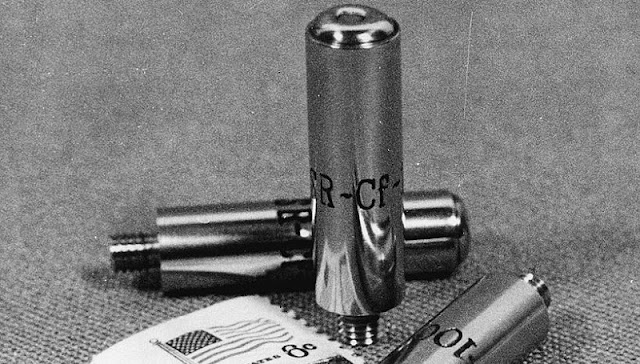 Credit gizmodo.com
Turkish police have seized a valuable cache of the radioactive Californium element in an operation in the capital Ankara, according to a report published Monday by Turkish broadcaster NTV. Californium, a rare and dangerous non-natural element, is being used in nuclear warheads and nuclear energy plants as well as in the oil and mining industries, with a worth of approximately $4 million per gram.
The article reported that anti-smuggling teams in the city conducted the operation in Pursaklar district upon a tipoff, detaining four suspects believed to be a part of a larger criminal organization.
The suspects reportedly agreed to sell the cache of 1.441 kilograms of the element for $72 million on the black market.
At regular market value, that amount could fetch $5.8 billion.
The seized Californium was taken to the Turkish Atomic Energy Authority (TAEK) for safeguarding. The U.S. and Russia are the only producers of Californium.
First developed in the 1950s in the U.S., Californium is a "strategic" element due to its limited area of use.
It is widely used in gold, silver and oil mining operations to determine water or oil layers underground.
Media outlets reported that the suspects smuggled californium from another country, but the source was still unclear.
Turkish language daily, Sabah said police was suspecting that the material might have been smuggled in from Russia.
An investigation was already underway.
Authorities occasionally clamp down on nuclear material smugglers in Turkey, which lies at a transit route between Asia and Europe.
In 2016, police seized 13 nuggets of pure aluminium, a material used in nuclear energy production.
In a separate incident, two Georgian nationals were detained for smuggling caesium and red mercury, also used in the nuclear industry.