Mt.Shinmoe eruption on the southwestern Japanese island of Kyushu Japan rains ash on nearby towns 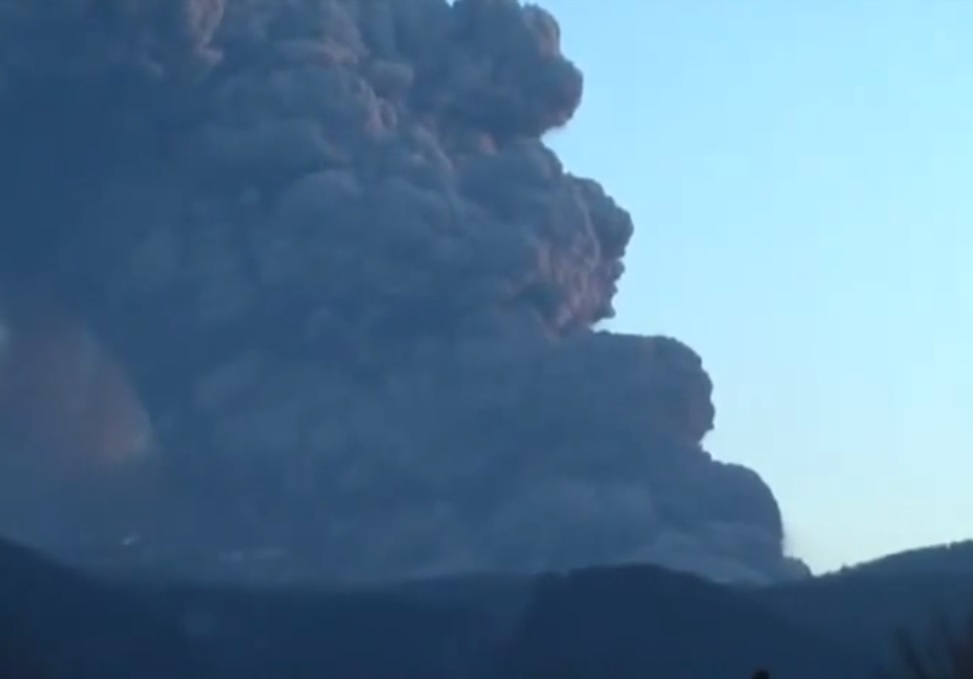 Mt. Shinmoe on the southwestern Japanese main island of Kyushu erupted again Thursday less than five months after its last eruption, the Japan Meteorological Agency said.
The 1,421-meter high volcano straddling Kagoshima and Miyazaki prefectures erupted at around 11 a.m. and ash believed to have been spawn from the eruption was observed in the town of Takaharu, located east of the mountain, according to the agency.
Town officials confirmed the presence of fallen ash, while residents also reported the sighting of ash. The agency will dispatch its officials to the area to probe the situation, it said.
There were no immediate reports of injuries or property damage, according to police. 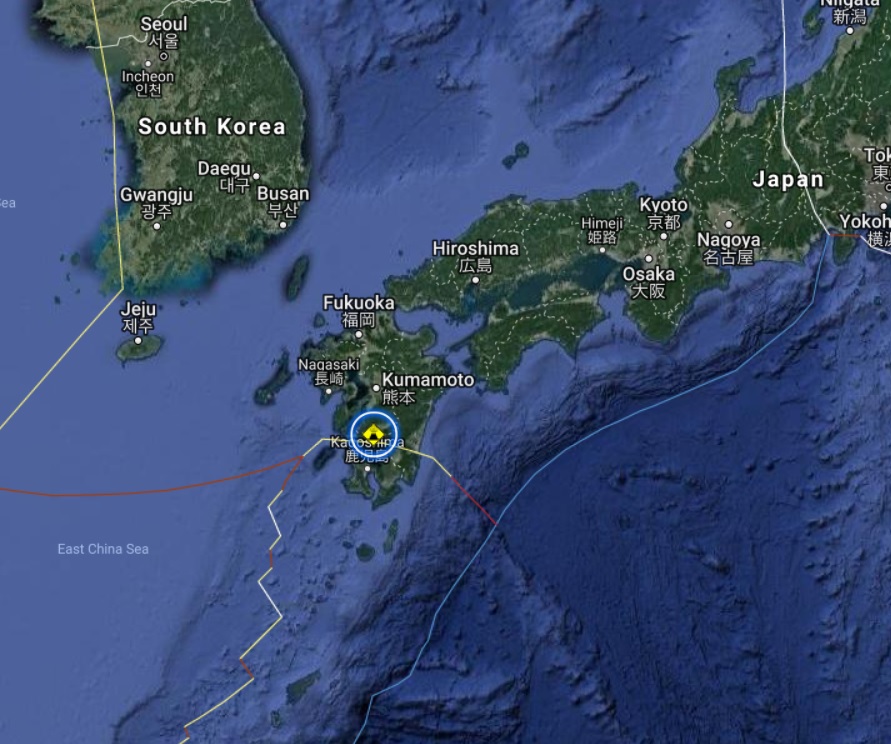 RSOE Alertmap
The agency maintained a level-3 warning, on the scale of 5, meaning "do not approach the mountain," as volcanic earthquakes have been recorded at the mountain since around 8:15 a.m.
The volcano erupted in January 2011 and October 2017, spewing ash up to around 2,300 meters above the crater in the latter eruption.
After the October eruption, the weather agency raised its warning level from 2 to 3 and warned of flying rocks and pyroclastic flows in the area within 2 kilometres of the crater.