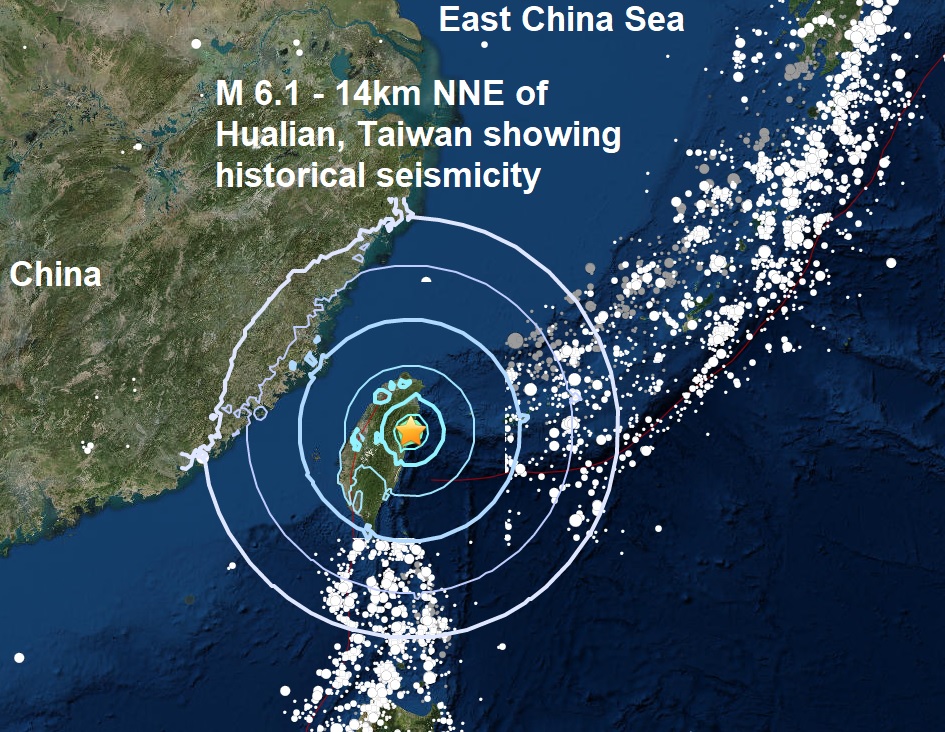 USGS
A very shallow Magnitude 6.1 earthquake strikes off the east coast of Taiwan, with five aftershocks in the mag 5 .5 range, no damage reported at this moment.
The mag 6.1 - 14km NNE of Hualian, Taiwan this afternoon is yet another major quake on the Pacific Rim.
It is the 3rd major quake of February and the 15th major quake this year and we are just into February and all of them except three, I believe, were along the ring of fire.

And with solar wind spilling from a new northern hole in the sun's atmosphere (a "polar crown coronal hole") we could be in for more major quakes.
So far this year an impressive 14 from 15 major earthquakes have occurred during solar wind and or a coronal hole influencing the Earth's magnetosphere, see below. 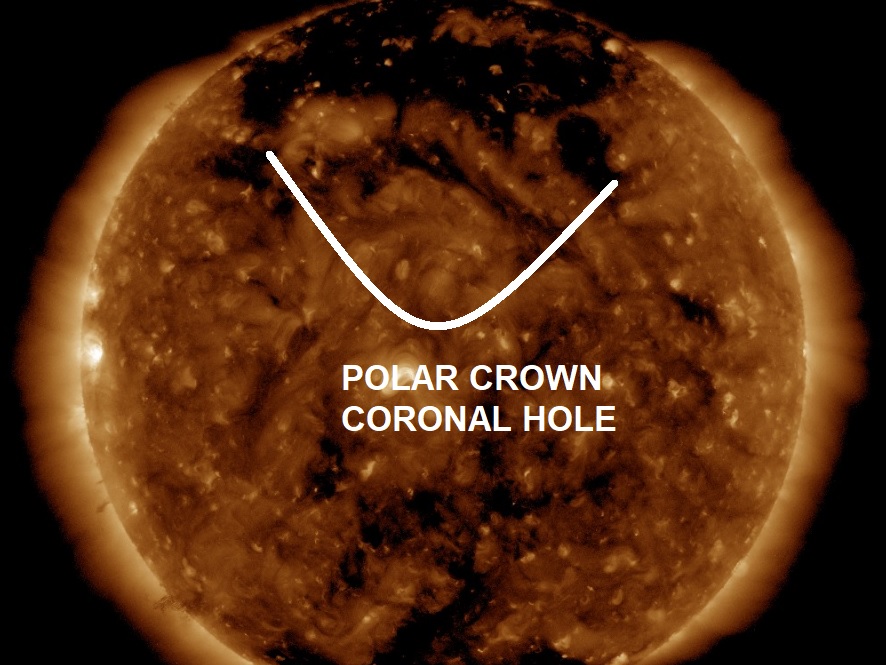 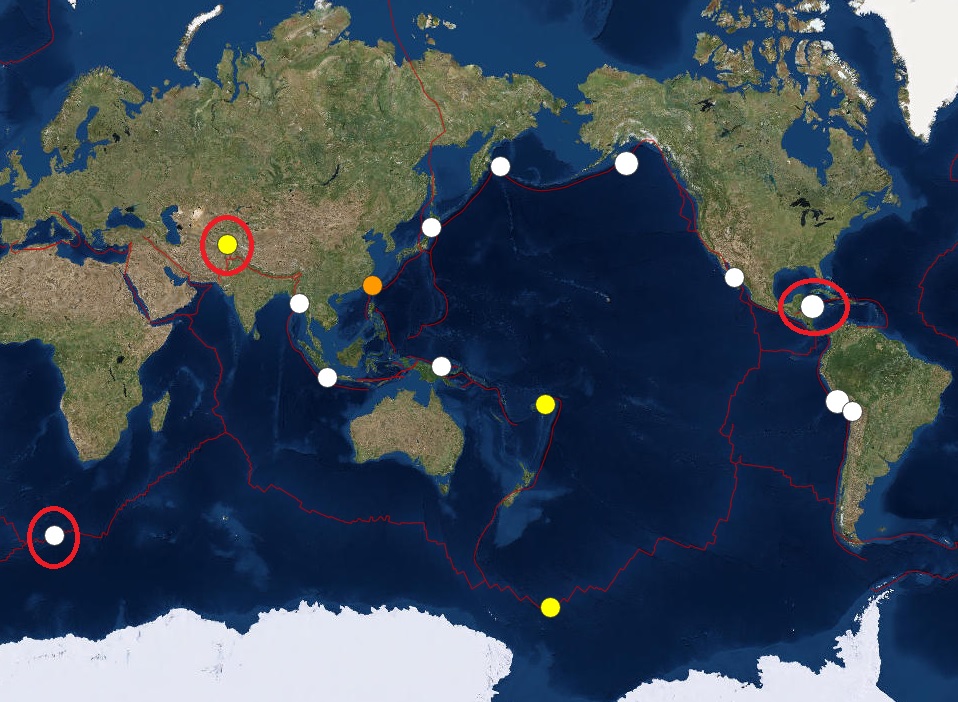