Russia's Yakutia region temperatures of -84F ( -64.4°C) are shattering and bursting thermometers as INSANE cold to last through January 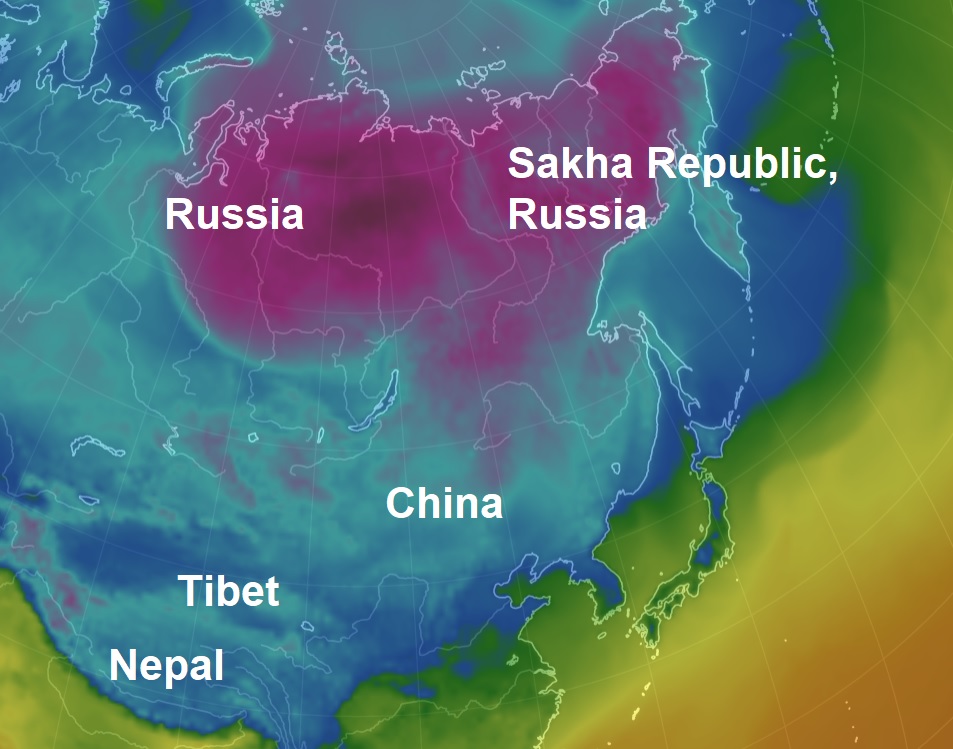 Earthwindmap
It's insane!
On Tuesday, in Russia's Yakutia region, temperatures dropped to an unbelievable 84 degrees below zero, -84F ( -64.4°C).
Temperatures are so low that thermometers are freezing and bursting.
For the Yakutians, cold Januarys are normal, so life typically goes on.
But Tuesday's temperatures were so cold, schools were closed and people had been advised to stay indoors.
The government has warned of emergencies at energy plants due to increased loads and warned everyone about the increased danger of fires from indoor heaters.
But for those with jobs to do, it's on with that extra layer, brave the freezing fog and get on with the day.
In the Magadan region, further to the south, it was a little warmer - a balmy 67 degrees below zero. Farther south, in the Krasnoyarsk region, it was a milder minus 40, although with wind chill it felt like 58 degrees below zero.
Even by Siberian standards, this year has been extremely cold, and the bad news is that these extreme temperatures are expected to last until the end of the month.