Nearly 2,000 people evacuated from Kadovar island off the northern coast of Papua New Guinea after dormant volcano exploded on Friday 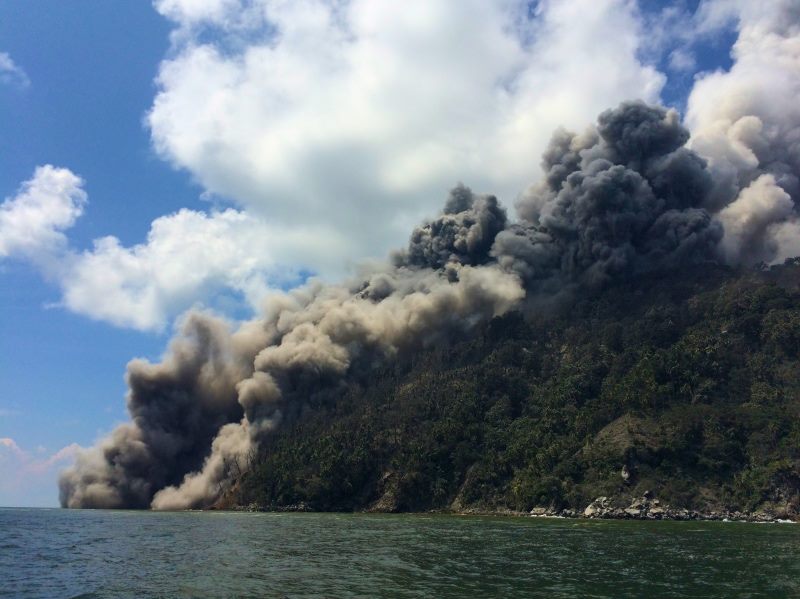 Photo therussophile.org
A dormant volcano which is thought never to have erupted before begun erupting on January the 5th on the island of Kadovar off the northern coast of Papua New Guinea has now resulted in the evacuation of nearly 2,000 people to the wonderful sounding island of Blup Blup.
According to Reuters, the volcano exploded on Friday, blasting out glowing red rocks and sulphur dioxide, the Rabaul Volcanological Observatory said in a bulletin.
The PNG government then decided to evacuate Blup Blup as well because of issues with supplying people on the island along with the danger from the eruption.
The evacuees are being moved to the mainland
In the latest bulletin issued on Sunday, the Observatory said a dome of lava on Kadover was visible in the sea at the base of thick white steam clouds that are rising to 600 meters (1,969 feet) above sea level.
January has been a remarkable start for volcanic activity in 2018 with many experts claiming this year will be a record year for quakes and eruptions...So far so good.
Five volcanoes around the world have erupted or shown activity in the last 24 hours.
The Mayon volcano in the Philippines, Bali's Mount Agung, the Stromboli volcano Eolian Islands in Italy and the Tenorio volcano Costa Rica and the 7th in just over a week when we add The Klyuchevskoy Volcano in the Kamchatka Region and the above volcano eruption on Kadovar Island Papua New Guinea.