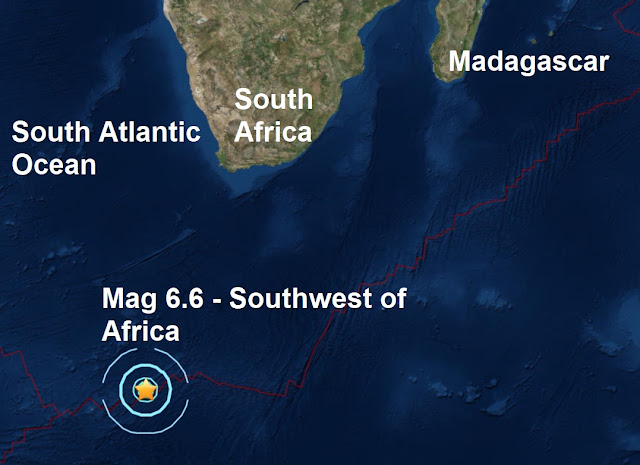 USGS
After last weeks record-breaking week along The Pacific Ring Of Fire, we have yet another major quake in the busy month of January.
A mag 6.6 - Southwest of Africa is the 11th major quake of January and of course 2018.
And with Spaceweather.com reporting the sun is leaking solar wind from a peppering of small coronal holes now facing Earth, see pic below, this would imply an impressive 11 from 11 major earthquakes this year have occurred during solar wind and or a coronal hole influencing the Earth's magnetosphere.
It is a Big Wobble project this year to document just how many major quakes occur during a coronal hole facing Earth, so far so good, it's 11 from 11, 100 %.
Todays quake carries on the trend of a busy January for major quakes, however this is the first major quake this month outside the Pacific Ring Of Fire
A number of small coronal holes are merging into a larger hole that is spewing a consolidated stream of solar wind into space, see picture below. Credit: SDO/AIA 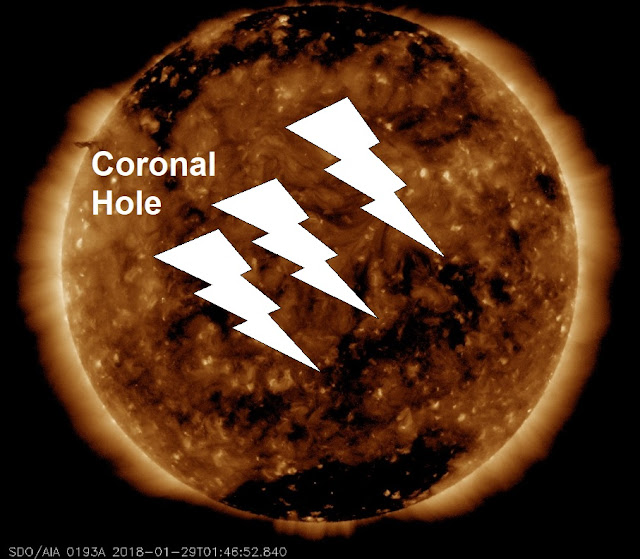